You are at:Home»Current in Fishers»Fishers Business Local»J.L. Hupp Jewelers gets reprieve, to remain open

Angela Peterson figures when one door closes, another opens.

After losing her music teaching job at Bishop Chatard High School at the end of May, Peterson contacted J.L. Hupp Jewelers about possible part-time help. She worked part-time for Hupp Jewelers from 1984 to 1992 while she was teaching. She later worked at Patora Fine Jewelers for several years after being referred by the Hupps. 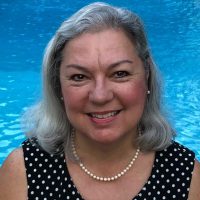 Lynn Hupp told her that she and husband, Jerry, planned to retire and close the store Aug. 31 but could use some full-time help over the summer. The Hupps had opened the store 41 years ago in Indianapolis. They opened up a Fishers store 27 years ago at 7808 E. 96th St. and a year later closed the Indianapolis store and sold another jewelry store in Crawfordsville.

“She helped us do our retirement sale and get things tied up,” Hupp said. “In the process, it became apparent to her that a lot of people were going to be disappointed with the closing. She got the ball rolling and made us an offer. We negotiated back and forth and it looks like everything will be working out perfectly.”

Hupp said there will be a transition period during September.

“We’re continuing our retirement celebration and sale up through Aug. 31,” Hupp said.

The store received an extension on its lease and will not be closing except during an inventory period after the sale. Hupp said she and her husband plan to stay on and help through Christmas.

Peterson said at first she was still looking for a teaching job.

“I’m a music teacher with a master’s and 20 years of experience, so I’m rather expensive to hire,” Peterson said.

Peterson will own the store with her husband, Jim, a theater teacher at Carmel High School.

“This is going to be my full-time job,” she said. “I’m not going to go back to teaching. I had been on several teaching interviews and the door was closing and this door was opening. So, I pursued the open door and this is where it led me.”

Peterson, who plans to complete her certification as a graduate gemologist, said the name, phone number and location will all stay the same.