You are at:Home»Current in Westfield»Westfield Community»Villages of Oak Manor HOA asks resident to remove three greyhounds due to state statute violation 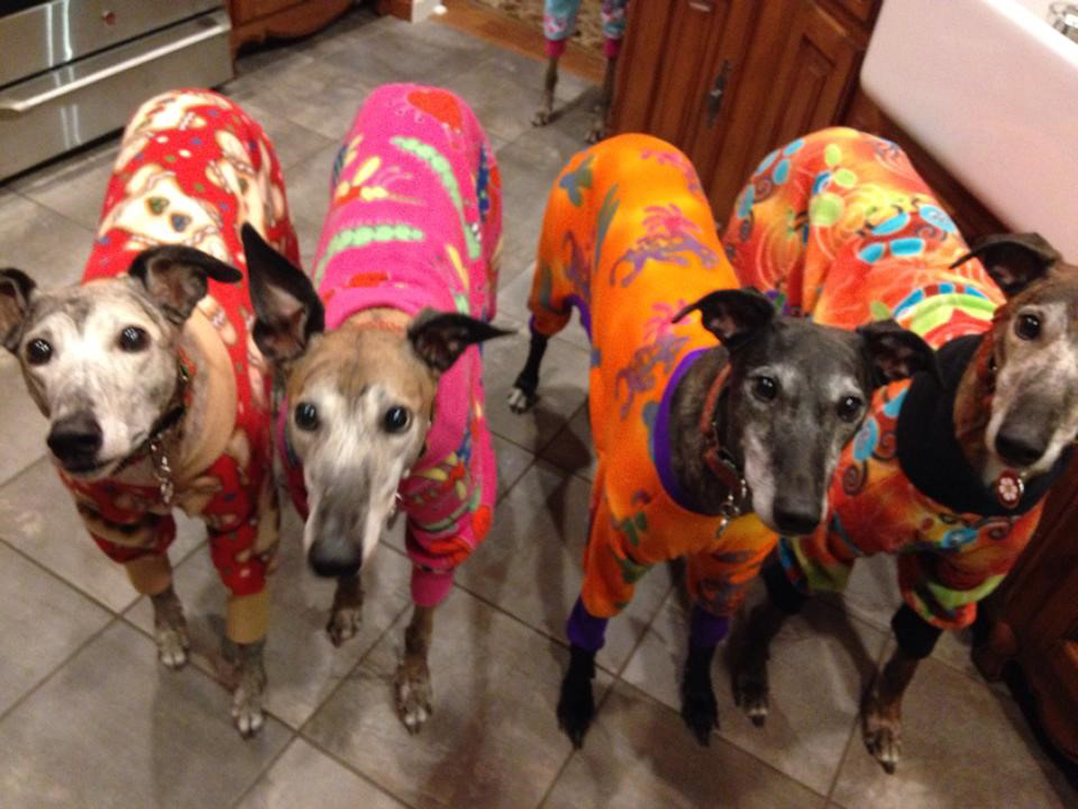 Westfield resident Julie Robertson may soon be required to either move out of the Villages of Oak Manor or remove three of her six senior greyhounds because of a state statute in certain residential zones that permits only three pets per property.

Robertson refuses to remove the dogs and hopes a favorable Board of Zoning Appeals ruling will satisfy the HOA, which filed the complaint.

A notice dated Aug. 26 gave Robertson 30 days to remove three of her dogs.

Robertson said she wasn’t aware of the statute when she moved into her home 11 years ago. She’s had several of the dogs for up to 11 years. All are former racers.

“They (the original developers) helped me pick out the biggest lot to have the biggest fenced-in area for my dogs,” Robertson said.

Roberston said she tried to be discreet when she learned of the statute and only let her dogs out two or three at a time. She didn’t receive any complaints until early June, when she received a letter from the City of Westfield notifying her of a complaint filed by Chad Ertel, association property manager of Kirkpatrick Property Management, which manages the Villages of Oak Manor.

“The city sent me a letter telling me that I had so many days to talk to them and apply for a variance or I would be sued,” Robertson said. “I immediately got in touch with the people in the planning department.”

The planning department sent a variance petition to the Board of Zoning Appeals to approve or deny. If the variance is granted, Robertson can keep her dogs for two years. Because her dogs are aging, some of the dogs would likely die within the two-year window, which would bring her into conformance with the law. If she still owned more than three dogs at that time, the variance could come up for review. The exception would only apply to the dogs currently on the property.

The planning department’s variance and conditions will be presented to the Board of Zoning Appeals meeting at 7 p.m. Sept. 11 at City Hall, 130 Penn St. Members of the public can speak before the BZA rules on the variance.

Robertson agrees with the planning department’s variance and believes it’s fair. She said her dogs sleep at least 20 hours a day, and because they range from 8 to 12 years old, they aren’t disruptive in the community.

“I absolutely will never get rid of those dogs,” she said, noting she would move before removing the dogs. “I made a promise to them, and that’s never going to happen.”