You are at:Home»Current in Carmel»Carmel Community»Scout organizes 5K to raise awareness of local human trafficking

Carmel High School senior Shawn Horrocks is using his Eagle Scout Project as a way to shine a light on a little known problem in the community—human trafficking. Horrocks is hosting The Shawn Horrocks Eagle Project – Awareness Run To Stop Human Trafficking at 8 a.m. Sept. 1. 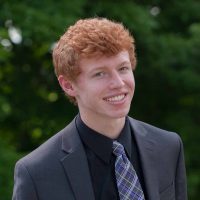 Eagle Scout is the highest rank attainable in the Boy Scouts. To earn it, Scouts must complete a  project that benefits the community.

“I have been working on my project since the beginning of summer,” Horrocks said.

The race will begin at the Jack Rabbit store (formerly Blue Mile) at 2452 E. 146th St. in Westfield. It will continue to Cool Creek Park and then loop back.

“Blue Mile has really helped me out with a lot of the planning,” Horrocks said. “They even offered to plot out the 5K course. That’s probably the biggest hoop you have to go through when planning a run.”

Horrocks isn’t a runner but felt an awareness run was the best way to raise awarenes of human trafficking. The run benefits Operation Undergound Railroad.

“Before the run starts, I’m having someone from the organization give a five-minute low down on the issue and what people everywhere can do to help raise awareness to fight the issue,” Horrocks said.

Cost is $15, which includes a T-shirt that may be picked up at Blue Mile in Carmel Aug. 31. To register visit 5ktostophumantrafficking.weebly.com.