You are at:Home»Current in Fishers»Fishers Community»Fadness seeks re-election

Fishers’ first mayor Scott Fadness has announced his intention to seek re-election in 2019. He first took office in 2015. Prior to his mayoral election, Fadness served as town manager from 2011 to 2014.

“It’s rewarding to see what we’ve accomplished as a city. Collaboration with business, nonprofit, community and neighborhood leaders has made Fishers strong. Being named the ‘Best Place to Live in America’ reflects the thoughtful planning and hard work we have undertaken,” Fadness stated in a press release. 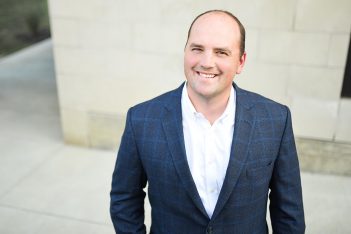 Since Fadness’ election, more than 4,500 jobs have been created and the city has attracted $330 million in private investment.

Fadness’ vision for Fishers is to make it a smart, vibrant and entrepreneurial city. He has helped attract Launch Fishers and the IoT Lab to the city, which have created a technological hub.

“As long as we have the courage, energy and entrepreneurial spirit to take what is happening globally – embrace it and adapt – we will continue to be a strong community. When we approach challenges with innovation, we succeed,” Fadness stated.

Another one of his efforts is the development of a city-wide mental health initiative, combining efforts within the schools, healthcare providers and local organizations.

“This is an incredible time for our city, and I am committed to fulfilling the vision,” Fadness stated. “With the support of our residents, we can continue this important work that will make Fishers one of the best places to live in America for a long time.”