You are at:Home»Current in Westfield»Westfield Community»Mobile command center a staple at Colts Camp 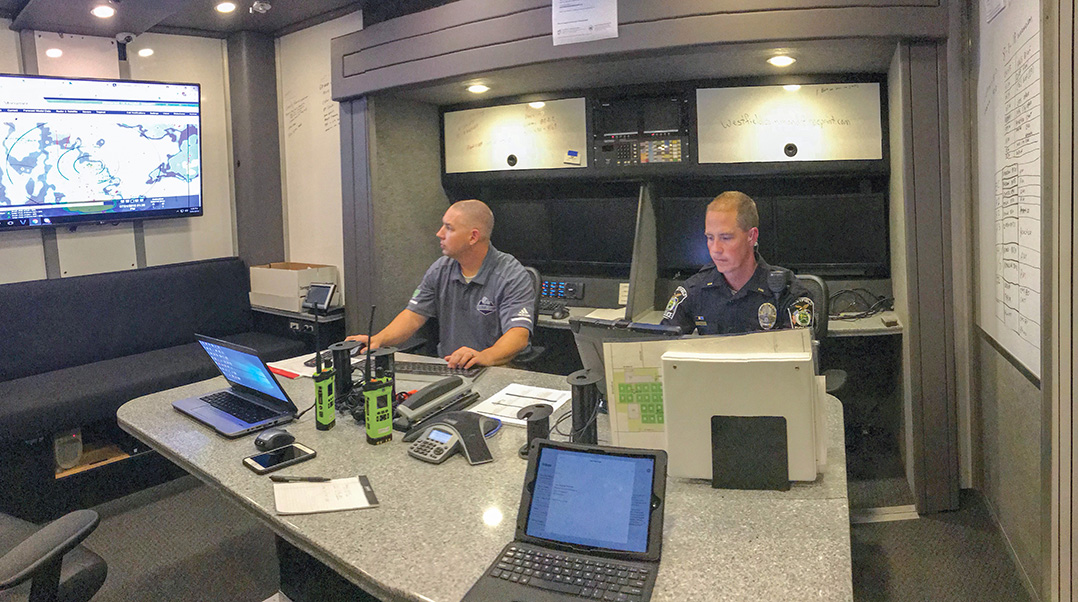 The City of Westfield acquired the Mobile Command Center from Hamilton County in April, and Colts Training Camp is the first occasion the city has activated the MCC.

The MCC is stationed at Grand Park for the duration of Colts Camp. It coordinates security, safety and logistics, monitors emergency radio and online traffic and site activity and communicates directly with the National Weather Service and can dispatch fire, police and other resources as needed.

“During the first weekend of training camp, for example, we could monitor, from the Mobile Command Center, not only security and safety incidents but also the influx of cars,” said Rob Gaylor, deputy chief of planning with the Westfield Fire Dept. “This allowed us to communicate with police and public safety volunteers on where to direct traffic.”

The command center is permanently housed at the Westfield Public Safety building but has the ability to be mobilized.

“It has been a great asset at Indianapolis Colts Training Camp,” Westfield Mayor Andy Cook said.  “We are able to have visibility and react quickly to what is happening on campus. It helps us from a public safety standpoint and allows us to deliver a great experience to Grand Park visitors.”

In 2007, the county purchased the MCC for $2 million, when it was planned to be used as a back-up dispatch center. Since then, the county built a back-up dispatch center, and the MCC went unused. The agreement between Hamilton County and the City of Westfield states that Westfield will not purchase the vehicle, but instead staff it with personnel, provide storage and handle maintenance costs. Also, the city is required to deliver the MCC to any requested need outside of Westfield Washington Township.