Westfield Washington Schools Supt. Sherry Grate said the school district should always review its resources and how it best utilizes them, whether they are teachers, instructional assistants or other staff.

A financial and philosophical decision

Recently, WWS reviewed its instructional assistants and settled on what Grate calls a financial and philosophical decision to repurpose the IAs.

“Each year we should be evaluating what are the needs of our students and what are the resources to better serve our students,” she said. “A practice we have had in the past, often we have continued to just add, add, add additional resources without stepping back and taking into consideration those shifts and resetting those needs,” Grate said. “One of the things that had not been done in quite a while was taking a look at the allocation of our IAs.”

Grate said IAs were previously in “silos,” meaning each IA was assigned to a specific grade level or subject within a school. The district has since repurposed IAs and restructured that model. Beginning in the 2018-19 school year, they will not be assigned to one specific responsibility or class. The restructure eliminates 56 total staff, including 40 IAs, and eliminates 63 positions across the district.

“This allows us the opportunity to look at all of our resources combined together and how to best utilize that to meet the needs of our students,” Grate said.

A weight on teachers

A meeting to inform staff of the decision took place in May, but Grate said conversations among administrators began earlier in the spring. Although positions and staff were eliminated, Grate said teachers won’t have extra responsibilities when it comes to their classrooms. Title I schools, such as Carey Ridge, Washington Woods, Monon Trail and the intermediate and middle schools, will receive more support.

“The teachers have the same responsibilities that they would’ve always had as a classroom teacher,” she said. “The manner in which resources are then allocated to classrooms are based upon building needs. The principal may say in kindergarten during the readers workshop block to have IA support.” 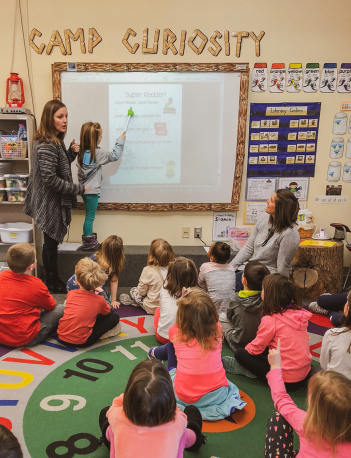 “I know anyone in a regular IA position, their weight becomes heavier because it’s the same number of children, maybe more, and the same amount of responsibility and hours needed,” the IA said.  “IAs help with the weight and responsibility (of the teacher).”

When the IAs were informed of the district’s decision, they were told if they wanted to continue working within the district, they could send a letter to the administration and reapply for another position. The anonymous IA who spoke with Current said some IAs were so angry with the way the district handled the situation, they refused to return at all. The IA added that students picked up on the IAs’ negative reaction to the decision.

“It affected their jobs when they came back (to work) because they got punched in the stomach in a building that wasn’t their own and came back here,” the IA said. “People who have been here 12 years, 15 years – people were beside themselves. I have a friend who never came back, stayed angry right out the door.”

However, Grate said IA positions are prone to high turnover and positions were still available for IAs who wanted them. 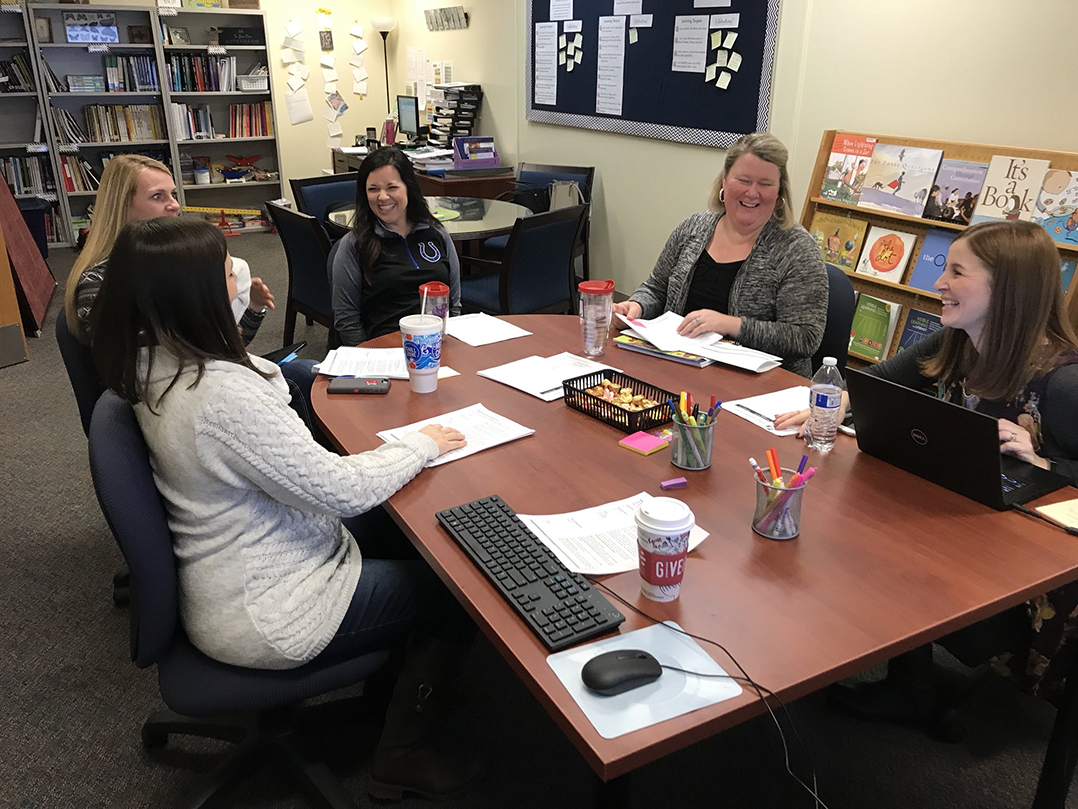 When asked about the IAs’ reactions, Grate said there were a variety of responses and most were evoked by uncertainty.

“They hadn’t experienced a different kind of structure for how students could be served,” she said. “Some people might’ve been in the same position doing the same thing for a while, so here’s an opportunity to look at serving our students better. I think as a district, trying to make decisions in the best interests of students, sometimes that means shifting what we do as adults and sometimes that’s comfortable and sometimes that’s not comfortable. Each year, we should be focused on practices and each year doing the best thing for kids.”

However, the IA who spoke to Current doesn’t believe what is best for the kids is being done at the district level, saying each year district money is spent on spirit wear items, such as blankets and water bottles, provided to the staff.

“I see that it is more priority to make sure we have new matching T-shirts and novelty blankets and other frivolity instead of paying someone’s salary,” the IA said. “The foolishness and the nonsense these guys are throwing money at and burning money for. I might not have a job, but I have this water bottle.”

The IA left a previous job with a $65,000 salary to work at WWS in a position that pays  approximately $11,000 a year. The IA must work three jobs to live in Westfield and provide for family.

“They are sending money to what they think should be funded – just frivolity over substance. Like, are we really advocates for children? That’s what I’ve learned in this building, is what an advocate for children really looks like,” the IA said. “(An advocate) gives themselves first toward children. I don’t see this in Sherry Grate. I don’t feel this when I’m standing next to (Director of Human Resources) Chris Baldwin.”

Westfield Washington Schools by the numbers