You are at:Home»Current in Fishers»Fishers Community»Bradley Banks announces District 4 HSE school board candidacy

During the past decade, Fishers resident Bradley Banks has been heavily involved in organizations benefitting children, so running for the open District 4 school board seat with Hamilton Southeastern Schools seemed like a logical step. 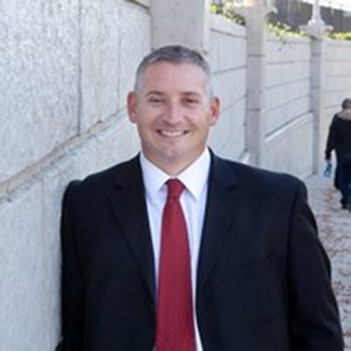 “I was on the Indiana Soccer board for eight years and board president for the last two and just recently stepped off,” Banks said. “I was looking for a new way to be involved in the community and do things kid-focused and help the youth in the community.”

The District 4 seat is occupied by Terry Tolle, who is not seeking re-election.

“I have two kids in the school system,” said Banks, whose name will be on the general election ballot Nov. 6. “In my mind, the most important thing you can do for any kid is give them a good education.”

Banks’ platform is centered on the acronym SAFE, which stands for security, academics, facilities and extracurriculars.

“Security is obviously something everybody wants,” Banks said. “A nice thing about that issue to me is that it is a solvable issue in terms of you can figure out what is the best level of security you want to provide for the schools and then maintain it. The other three are ongoing issues, something striving to be as good as possible.”

“The best way to prevent crime and put people in a successful situation is to make sure they get a good education,” he said.

In addition to serving on the board for the Fishers Soccer Club and the Indy Premier Soccer Club, Banks was a deputy prosecutor for 10 years, working in Hamilton County for three of those years. He now works in a private law firm, Banks and Brower, in northwest Indianapolis and said he has a good working relationship with law enforcement. He also volunteers with the Big Brothers Big Sisters program.