Olivia Broadwater is eager to soak up some experience at the Songbook Academy. 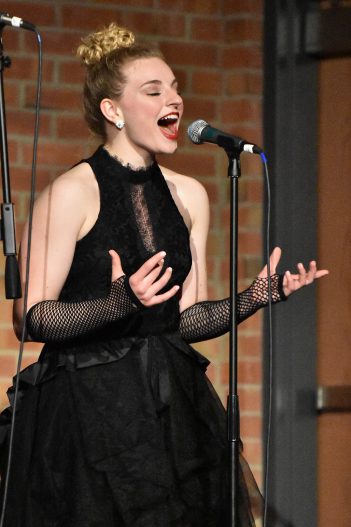 Broadwater, who will be a junior at Zionsville Community High School next month, is one of 40 vocalists nationally to be accepted for the summer intensive program, which begins July 21 at the Center for the Performing Arts in Carmel. The program ends with a Songbook Ambassador being named following the July 28 finals at The Palladium.

“I definitely want to be a sponge,” Broadwater said. “I think a lot of people think when you go into a competition like this, ‘Oh, I want to win or get in the top 10.’ But honestly, the experience that I am going to get just being able to sit in the room (is rewarding). There is going to be an incredible amount of talent in the room.”

Students get to attend masters classes with Broadway performers

Those who don’t finish in the top 10 can apply again for the Songbook Academy. 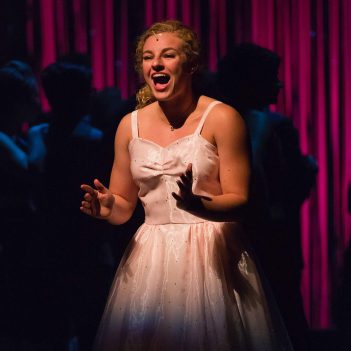 A big fan of Judy Garland, Broadwater was surprised when looking into Songbook numbers how many she knew.

“Little did I know that I was listening to that music since I was little,” she said. “I found out about the competition because a couple of my friends did it last year.”

Broadwater, 16, said she didn’t know what to expect when she sent in her entry.

“I felt really good about my video,” she said. “But there are so many incredible people that enter for this, I wasn’t sure. When I got the email, I was sitting in my history class crying because I was so excited.”

Broadwater sang “Ma (He’s Making Eyes At Me)” and “Smile” for her audition.

A member of the all-female show choir Choralaires as a sophomore, Broadwater will be in the mixed show choir, Royalaires, this school year.

“It’s a lot of dancing,” Broadwater said of show choir. “I definitely had to condition for it.”

She stays busy year-round as she also was on the high school swim team and was sophomore class president.

Broadwater appeared in Summer Stock Stage’s June 28 to July 1 production of “Urinetown.” She is now fine-tuning her skills for the Songbook Academy, going to weekly lessons with her teacher, Zionsville resident Tamara Wise Totty, who has a studio in Zionsville.

“Olivia is growing into a vocalist and performer that many singers yearn for but struggle to develop into,” Totty said. “I am very proud of Olivia. She is a dedicated, talented and caring young musician. She is discovering the critical balance of respecting the composers’ original composition, decorating it with her own emotional personality and bringing the story to life without drawing attention to herself with distracting vocal flourishes. I have no doubt Olivia will shine on stage.”