Jeff Stockberger had to do some double duty. 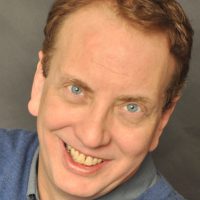 Stockberger played Rooster in “Annie,” which ended its run at Beef & Boards Dinner Theatre July 15. He had been juggling that with rehearsals for “Million Dollar Quartet.” The Indianapolis resident is directing and serving as stage manager for the production, which opens July 19 and ends Aug. 26 at Beef & Boards, 9301 Michigan Rd., Indianapolis.

“I’ll be at rehearsals the same days while I’m performing,” Stockberger said prior to “Annie” closing. “It’s a long couple of weeks for me, but that’s OK.”

“The big four, Carl Perkins (played by Christopher Wren), Jerry Lee Lewis (Brian Michael Henry), Elvis (Edward La Cardo) and Johnny Cash (Justin Figueroa), are all from out of town and have all done it before,” Stockberger said. “The two gentlemen that are doing the rhythm section, the bass and drums, have done it a couple times each, so they’re all veterans of the show, not necessarily together. They’ve done it in various theaters across the country. It’s not about learning the notes, it’s about playing together as a group.”

Stockberger said the show is very specific as far as talent requirements.

“You have to act, sing, play an instrumental, resemble and try to impersonate these real people,” Stockberger said. “That narrows down the talent base, and right now the show is popular around the country.”

Stockberger said he is a fan of the musical.

“I liked it better the second and third times I saw it,” Stockberger said. “Each time I liked it a little better.”

“Jill will get to show off her vocal pipes again with this show,” Stockberger said. “She was previously in ‘Ring of Fire’ at Beef & Boards last year.”

“Ring of Fire” is a musical inspired by Cash’s songs.