You are at:Home»Current in Zionsville»Zionsville Community»Town Council passes funding for additional officers, safety resources in ZCS 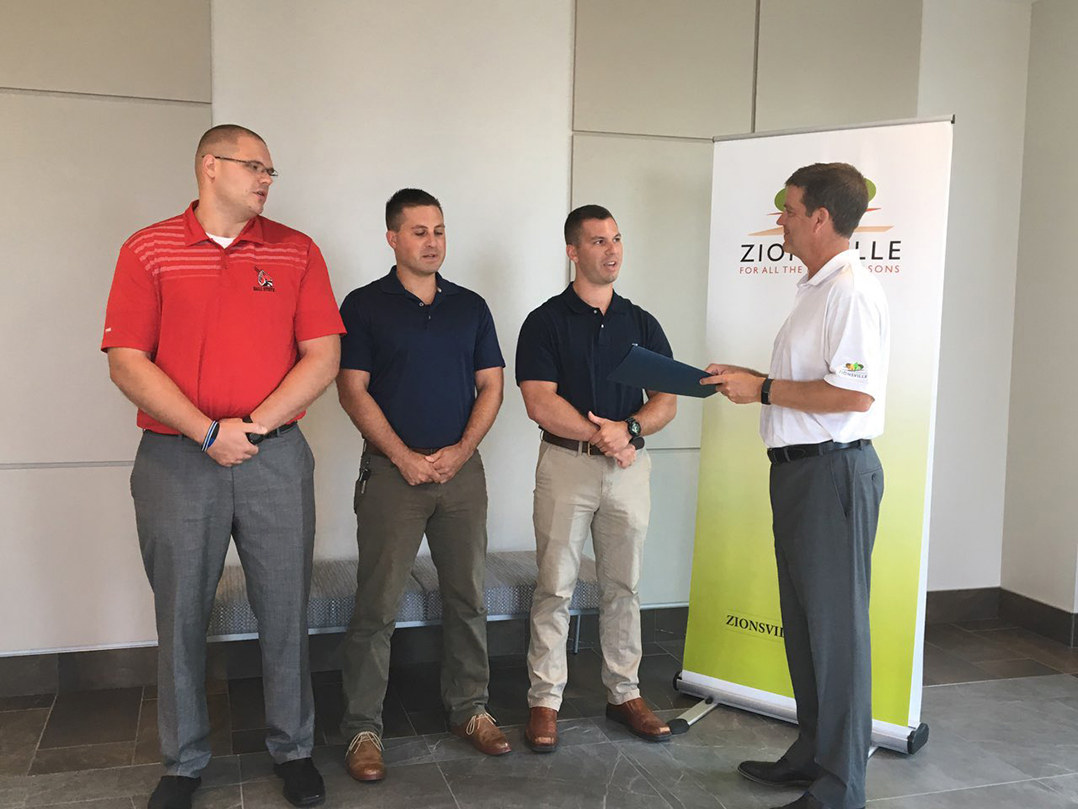 Chief of Police Robert Knox said he will fill the rest of the SRO positions from  current staff. He wanted to new officers to finish field training before being assigned to a school. Field training varies for each officer and can take up to six months to complete.

The additional funding passed by the council also will help pay for safety equipment.

“The school has agreed to pay half of this cost,” Knox said.

Zionsville Mayor Tim Haak said the town has been in discussion with the schools and sheriff since late 2017. He said adding the safety measures to future budgets should not be a problem, but applying the changes in 2018 was more difficult.

“The challenge was to find it in this year’s budget,” Haak said. “But that’s why we have reserves.”

The overall cost for the additional school safety measures is $277,000. The Town of Whitestown has agreed to contribute $75,000 by providing deputies to three schools in rural districts. The cost–sharing between agencies allowed the funding to pass.

“I don’t know if the impact will be quantifiable with data,” Haak said. “The kids will get used to seeing (the officers) around and feel more comfortable with that presence. It will also keep kids on their toes.”

Knox said having officers in schools will give pause to any person with intent to harm. It also will allow for immediate police response if an incident does occur.

“The biggest aspect is that (having an officer in the school) cuts down on our response time,” Knox said. “The average school shooting is over in five to seven minutes, (according to) the data that we received.”