You are at:Home»Current in Zionsville»Zionsville Community»Zionsville man charged in fatal car crash that killed 3-year-old child

A Zionsville man was arrested June 7 on charges involving a fatal car crash that killed a 3-year-old boy from Rockford, Ill. The Illinois State Police Dept. determined that Matthew Munz, 49, of Zionsville, was using his cellphone moments before the crash, which occurred on I-90 at mile post 47 near Huntley, Ill. March 23. 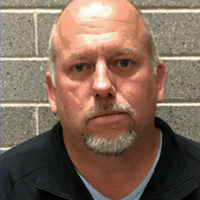 On June 5, the Kane County State Attorney’s Office approved felony charges against Munz, which included two counts of aggravated unlawful use of a communication device, both Class 4 felonies.

According to a press release from the Illinois Police Dept., the preliminary investigation indicated that Munz, driving a black Ford Fusion, failed to stop for a red Ford Taurus that was disabled in the middle lane of traffic and rear-ended the vehicle. The passenger of the Ford Taurus was critically injured and a 3-year-old boy died.

According to the press release, Munz surrendered to Illinois State Police District 15 Investigators June 6. He posted a $10,000 bond and is scheduled for a July 13 court date at the Kane County Courthouse in St. Charles, Ill.

The facts on distracted driving