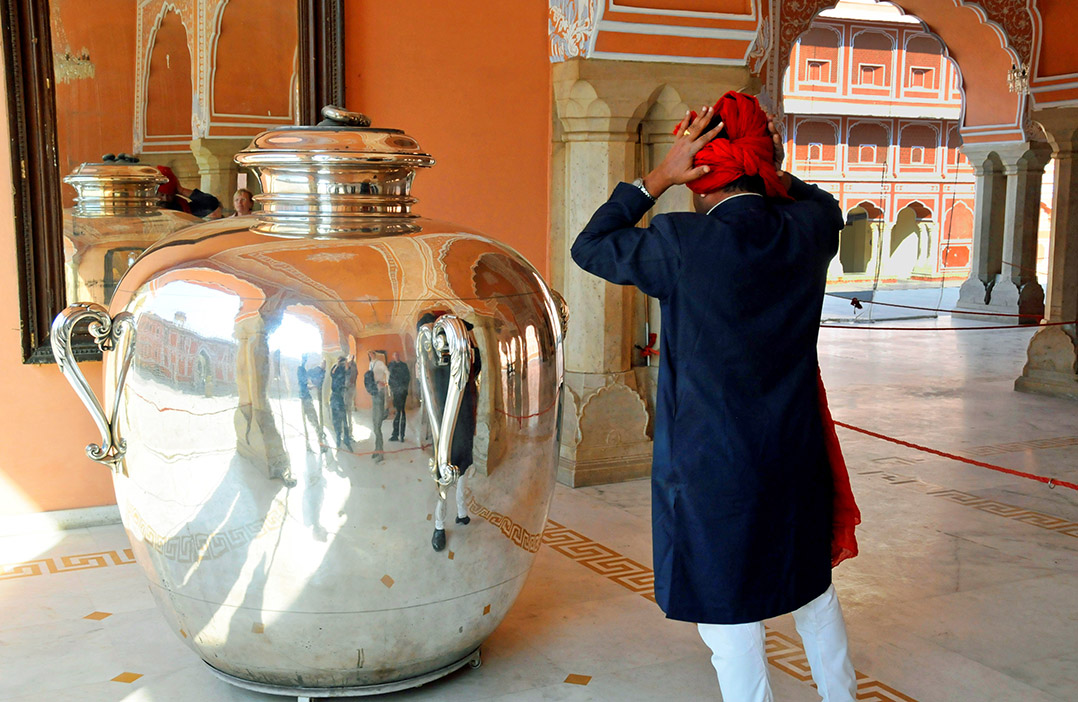 According to the “Guinness Book of World Records,” the world’s heaviest silver objects are two enormous jars on display in Jaipur, India. An identical jar lies at the bottom of the Red Sea.

In the 18th century, Maharaja Sawai Jai Singh II constructed a city in northwest India to be the capital of his Amber Kingdom. He named the city Jaipur after himself and erected an imposing palace near the city’s center. In 1876, important city buildings, including the palace, were painted pink to celebrate the official visit of Queen Victoria’s son, Prince Edward, making Jaipur the Pink City. Upon Victoria’s death in 1901, Edward, now King Edward VII of England and Emperor of India, invited Jaipur’s then-ruling maharaja, Madho Singh II, to his coronation.

Hindu religious leaders conditioned Madho Singh’s trip on finding a ship that had never served beef and carrying with him sufficient water so that he and his entourage would never have to use English water for drinking or bathing. A brand new steamboat satisfied the first condition. The second condition was met by filling each of three identical silver jars with 900 gallons of water from the sacred Ganges River. Each jar, made from 14,000 melted silver coins, was more than 5 feet tall and weighed 750 pounds.  During the ship’s passage through the Red Sea on the way to London, the waters became unusually rough. Worried Hindu priests on board convinced the maharaja to placate Varuna, the god of the sea, by tossing him one of the silver jars, after which the trip proceeded without incident. The maharaja attended the king’s coronation and the king inspected the maharaja’s water jars. The two remaining jars are now displayed inside Jaipur’s pink City Palace, where guards use their mirror-like surfaces to assure that their turbans are positioned correctly.