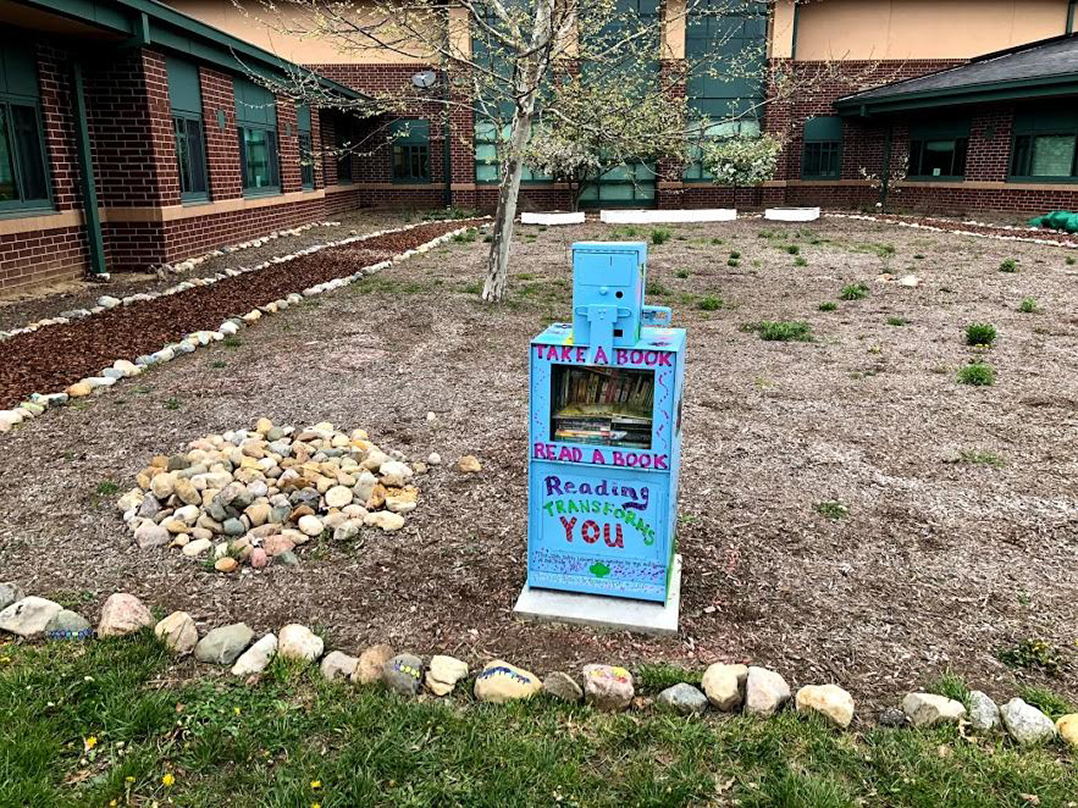 Just outside of the brick walls of Oak Trace Elementary School sits a small, old newspaper stand turned into a miniature library.

The Itty Bitty Library is a donation-based nonprofit seeking to ensure every child has a book. Girl Scouts from local troops 221 and 3475 helped paint and market the new addition as well as those at other Westfield elementary schools.

Troop 3475 leader Heather Lamb said Scouts from both troops helped with everything from refurbishing the library to planning its ribbon cutting.

The Itty Bitty Library organization contacted OTES in search of any Girl Scout troop willing to work on the new take-action project.

The project’s theme is a butterfly garden that opened in Zabst’s memory late last year.

Symbols including a hungry caterpillar rock and a caterpillar on top of a bookshelf decorate the outside of the library. The theme is “reading transforms you.”

Lamb said Boy Scout projects often get more recognition than Girls Scout projects.
“People don’t have as much awareness of these higher awards Girl Scouts can earn,” she said.

Since Troop 221 consisted of a younger group of girls, Lamb said they helped with more of the planning aspect and opening ceremony.

Lamb said Oak Trace was a dream to work with, going as far as pouring concrete for the library’s foundation.

“The school actually asked questions on what we needed,” Lamb said. “They have been welcoming.”

To help get the word out, Scouts appeared in video announcements at school passed out flyers in teachers’ mailboxes.

“Everybody came together with their own jobs and pulled it off,” Lamb said. “They really learned.”

The library officially opened May 3.