A Thorpe Creek Elementary student received the response of a lifetime. 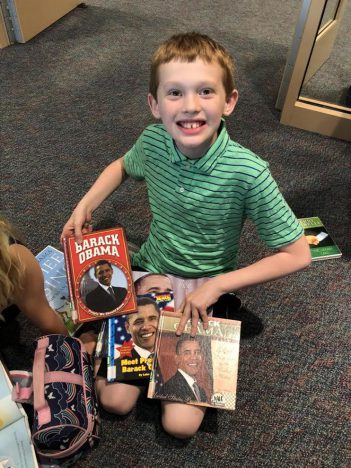 Students in fourth-grade teacher Jackie Renick’s class were asked to draft letters to someone they admire. Renick said students chose celebrities, including Ellen DeGeneres, Michelle Obama and professional athletes, among others.

“As we are wrapping up the school year, our assignment was to find someone who has decent words of advice on how to be a successful someone,” Renick said.

“I decided to write this letter to you because you are amazing, and you inspire me to be a better person to the world every day,” the letter read. “You amaze me with your story, and it makes me want to make the world a better place.”

Underwood said he did not know what response to expect.
“First I was like, ‘Yay,’ and then I was like, ‘Wow,’” he said.

“I couldn’t believe when I saw Barack Obama come up,” Renick said. “I screamed maybe a little bit, and the next morning we printed it off for the whole class. They were excited.”

Renick, who is winding down her first year as a teacher, called Underwood’s mom immediately to let them both know the news.

“This is part of life-lessons these students will carry through one of the pieces of developing character skills,” Renick said.