The Lincoln Park Concert Series offers a bit of everything among its seven concerts.

“We pride ourselves in bringing a diverse genre of music each year,” concert series committee member Candace Ulmer said. “Committee member Tim McLaughlin brings us the bands and Zionsville resident Dawn McKnight joined our committee this year. Zionsville Cultural District Board members Casey Maish handles our advertising and media marketing and Kathy Scales Brown is our emcee for the concerts.” 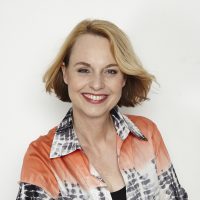 “Personally, I have to have some Motown music,” Ulmer said.

“Max Allen is returning from last year, but I am really looking forward to hearing all of them,” Ulmer said. “I believe both Monika Herzig and Tommy Norris have a wide range of music genres and you have to just love the names of Jesse Ray and the Carolina Catfish and the Half Step Sisters. The best is saved for last, and that is the Zionsville’s Got Talent concert.”

The final concert of the summer is open to all Zionsville residents, of any age, and the surrounding area. Auditions begin in mid-July. Jennie Kistner is the music arranger/accompanist.

The concert program starts at 6:30 p.m. with performer Mr. Daniel playing children’s songs. The music begins at 7 and ends 8:30 p.m.

This is the 27th year for the series, which was started by Tom and Mary Lee Koppelman and Debbie Cranfill. Cranfill was the executive director of the Greater Zionsville Chamber of Commerce for 17 years. She retired in 2008. The Zionsville Cultural District took over production of the concert from the Chamber in 2013.

Ulmer said the generous support of local merchants, some of which have sponsored the event for 15 years, the concert has remained free to the public. The Zionsville Kiwanis also funded a grant with the Boone County Community Foundation specifically for the series.