You are at:Home»Current in Noblesville»Noblesville Community»Snowden lauds dispatchers for their performance during the Noblesville West Middle School shooting

Although the Hamilton County Public Safety Communications dispatch team has never experienced anything quite like the school shooting that occurred at Noblesville West Middle School on the morning of May 25, the team performed exceptionally. 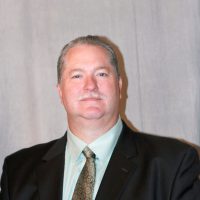 Executive Director Michael Snowden said every day at the communications center is training day, and that the efforts paid off.

“The entire team at Hamilton County Public Safety Communications pulled together wonderfully during the tragic events of Friday (May 25),” he stated in an email to Current. “Whether it was the 12 dispatchers and supervisors on duty, the administrative staff that immediately ran to help or the off-duty staff that came in, each of the members worked as part of a well-oiled machine. It is a testament to the dedication to preparedness and training that each of our staff take very seriously. It is ironic that all of our staff received additional training on how to handle active assailant incidents just this last week. The crew that was on duty Friday morning was literally trained on how to handle this type of call on Thursday afternoon.”

Larken Uhrick, a supervisor and a dispatcher, was one of the off-duty employees who rushed to help. She was at the grocery store when she heard the call come in and immediately came to work even with a car full of groceries. 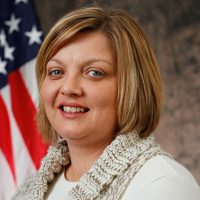 Uhrick has worked for the Hamilton County Public Safety Communications for 17 years and said in all her career, there has never been an incident such as an active assailant. In the hour following the shooting, more than 200 phone calls flooded the dispatch center.

Typically, 12 dispatchers work each shift. With the extra off-duty employees coming in and the supervisors helping out, each of the 18 consoles were full.

“I was extremely proud of them,” Uhrick said of her team. “They held it together, they were very professional and a lot of them had relatives that were there which is scary, too. You have personal things going on, but you have to be able to hold it together for the community and your officers and the medics and firefighters. It was extremely calm for what it was that was going on. They were an awesome team and I couldn’t be prouder of the way they held themselves together.”

Uhrick said the only other similar emergency where the dispatch center was inundated with calls was the 2015 stage collapse at Westfield High School.

A crisis intervention team will visit the dispatch center to allow all the workers to talk about their experience in a roundtable event with all the emergency responders involved.