You are at:Home»Current in Carmel»Carmel Community»Celebrity softball game to benefit Indiana Children’s Wish Fund in memory of Carmel girl

Fans will have a chance to watch their favorite athletes compete in a charity softball game at 5:30 p.m. June 7.

The Caroline Symmes Celebrity Softball Challenge is in its 10th year and will feature the Indianapolis Colts against the Indiana Pacers at Victory Field. Other celebrities, such as racecar drivers and media personalities, also will participate. The event raises money for the Indiana Children’s Wish Fund. In past years, Peyton Manning has attended. Last year, more than 25 Colts players participated. 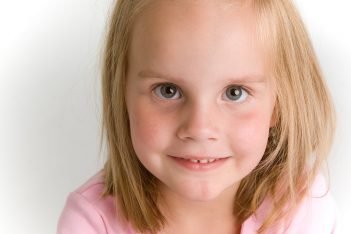 Caroline Symmes was the face behind the commercials its first year. She lost her battle with cancer when she was 5 years old. Her parents live in Carmel.

“She was in treatment at the time (of the first event) and couldn’t go,”  said Caroline’s mother, Elizabeth. “For us as a family, it’s a great tribute to her that the Wish Fund let her name be put on the event.”

The Indiana Children’s Wish Fund was the beneficiary of Caroline’s funeral memorial donations, leading to the softball game being named after her.

“It’s just a really, really great way to entertain the family,” Elizabeth said. “There’s a homerun derby, and the athletes take time to go sign autographs. It’s just a really relaxed, fun environment and you see the athletes’ personalities come out and it’s a great evening.”

Tickets are $10 and can be purchased at indyindians.com.

Caroline’s favorite color was pink, so those who sit in the Symmes’ section wear pink.

“We call it the sea of pink,” Elizabeth said. “Our family appreciates the Indiana Children’s Wish Fund. We certainly do appreciate the partnership.”