You are at:Home»Obituaries»Obituary: Lory Chaplin 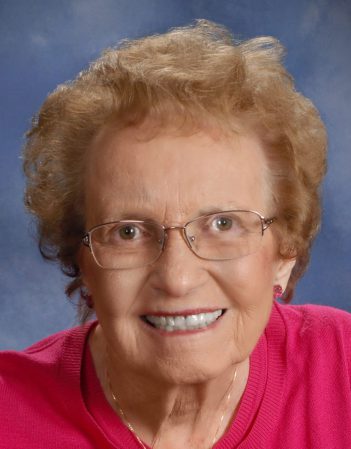 Lory Chaplin, 90, died May 11. She was born in Michigan and moved to Carmel with her husband, Bob, in 1957 where she lived for 55 years before moving to Bloomington. She was a quietly giving, selfless, caring person to all who had the pleasure of knowing her.

She loved travelling with her husband and family. She was an avid gardener and seamstress.

She and her family were members of Orchard Park Presbyterian Church for 50 years and then attended St. Mark’s United Methodist Church of Bloomington. She had a love for music and sang in the choir for most of those years. Additionally she served as an elder on Orchard Park’s church session.

At Bell Trace Senior Living Community in Bloomington she was welcoming to new people, always smiling and positive, thinking the best of others. She knitted dozens of teddy bear sweaters for the residents.

She was a sweet, loving wife to Bob who preceded her in death, mother and mother-in-law to her son Brian (Nancy) Chaplin of Vienna, Va., and daughter Janice (Jerry) Arvesen of Bloomington, grandmother to six grandchildren, Alyssa (Phill) DaCunha of Falls Church, Va., Daniel Arvesen of Bloomington, David (Alexandra) Arvesen of Sandy Springs, Ga., Ian (Thajssjla) Chaplin of Seattle, Adrienne (Sean) Salyards of Arlington, Va., Emma (Leslie) McAdoo of Baltimore and great grandmother to two little girls. Her sister Elaine (Robert) Westveer and sister-in-law Esther (Clarence) Christenson preceded her in death. She is survived by two brothers-in-law and wives, Don (Gwen) Chaplin of Selah, Wash., and Bernie (Sandy) Chaplin of Lacey, Wash. She was also loved by 15 nieces and nephews.

A memorial service will be held at 3 p.m. May 19 in the commons at Bell Trace Senior Living Community, 800 North Bell Trace Circle, in Bloomington. If desired, memorial contributions can be made to St. Mark’s United Methodist Church (100 N. State Road 46 Bypass, Bloomington, IN 47408), WTIU (https://indianapublicmedia.org/support/) or the Bell Trace Employee Fund.