Dennis Miller is a man of many mediums. 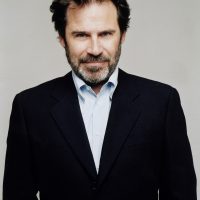 On top of that, Miller, 64, is on a standup comedy tour, which includes an 8 p.m. stop at The Palladium in Carmel May 18.

“I started a sports podcast three months ago and I got people (who) say they like the podcast but I don’t like sports,” Miller said. “So, the guy asked me if I want do the events. I’m learning even if it’s a stream-of-consciousness you have to provide some structure to it. I lack the structure now but I’m working on it.”

Miller, who had his own talk show for several years, has weekly appearances on “Kennedy” on Fox Business Channel. Miller, a conservative, previously was a regular contributor on Bill O’Reilly’s “The O’Reilly Factor.”

“I just go on because she (Lisa Kennedy Montgomery) makes me laugh,” Miller said. “When (Bill) O’Reilly got fired and that went away, I wasn’t hearing any other calls from anybody else on Fox, so I’ll go on ‘Kennedy.’”

Miller rose to prominence as an acerbic anchor for “Weekend Update” on “Saturday Night Live” from 1985 to 1991.

The standup tour is in advance of a TV comedy special for a producer, who plans to syndicate it.

“I’ve worked it out in an hour and 10 minutes,” Miller said of his routine. “I got to prune 10 minutes for the special but it’s not a lab rat situation. I got it down.”

It won’t all be political.

“Two-thirds of it is just jokes I want the audience to get belly laughs out of,” Miller said. “But once you’ve done ‘Weekend Update,’ you have to pay some attention to current events, and that’s what people have come to know you for. So two-thirds is about making them laugh about the world we live in and one-third about the current political times. If you live in times when you have (President Donald) Trump and (Nancy) Pelosi and you’re not going up on stage and commenting on that, I think even clowns in the circus are doing jokes on that now.”

After taking a break from Twitter for two-plus years, Miller uses Twitter to gauge how some jokes fare.

“I put up a joke a few weeks ago about Trump coming to California and he was booed, and, quite frankly, for Trump to be received warmly in California, he’d have to come in illegally,” Miller said. “I got like 58,000 likes, at that point you can tell you got a good joke. I do think Twitter gives you a once-removed idea if something is a good joke or not. Again, it’s tough to gauge because the country is so polarized now, some people wouldn’t laugh at anything.”

Miller came to Indianapolis a few times to see the Indy 500 with his late friend Andy Granatelli, a legendary car owner.

The comedian also visited during his stint as a “Monday Night Football” color commentator in 2000 and 2001. Miller said the first year, 40 percent might have liked him on MNF and 60 percent hated it.

“Over two years I think I got it up to the mean line, which I considered a success,” Miller said.

In addition to his TV talk shows, Miller had a syndicated radio show from 2007 to 2015.

“Eight years and three hours a day for five days a week, I was talked out,” Miller said. “I was sick of me.”