You are at:Home»Current in Zionsville»Zionsville Community»Zionsville mayor gives updates on roads, parks at Mayor’s Night In 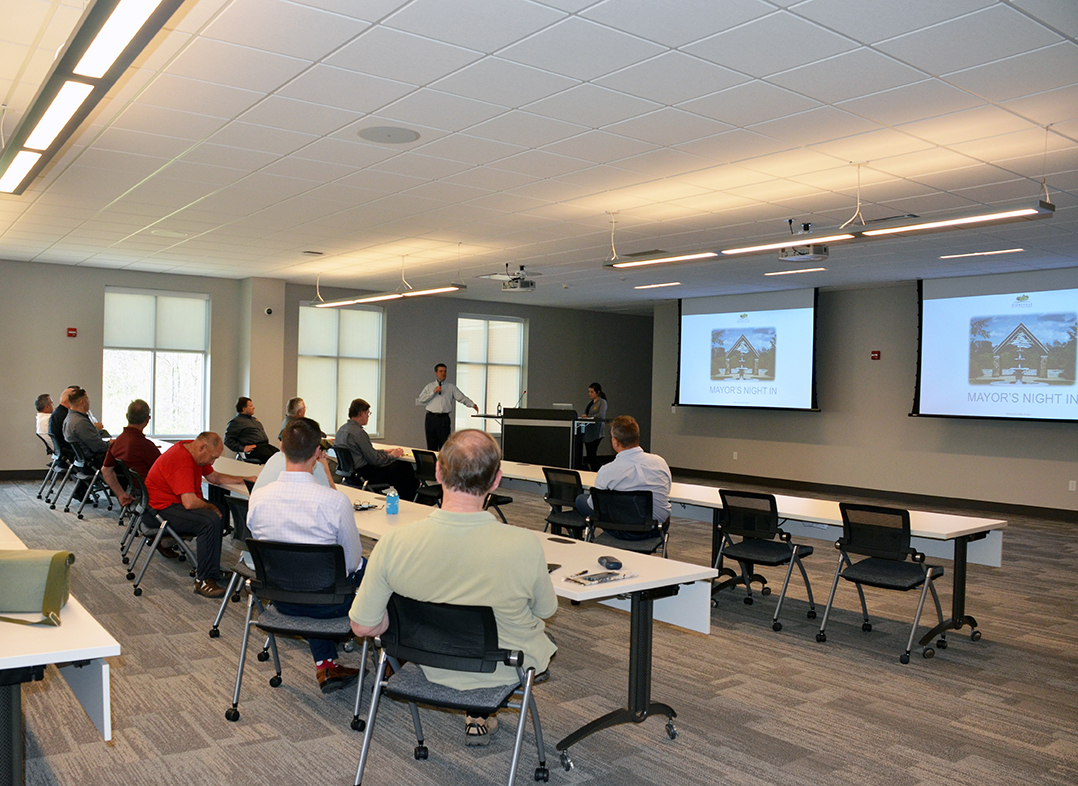 Zionsville Mayor Tim Haak hosted the first Mayor’s Night In of 2018 May 2 in the second-floor community room of Zionsville Town Hall. The informal event provides an opportunity for residents and business owners to speak directly with Haak and other town department heads.

“These nights are designed for you, the community, to answer your questions and hear from you,” Haak said. 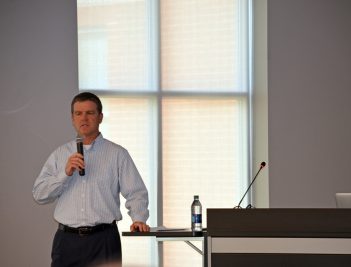 The first Mayor’s Night In of 2018, hosted by Zionsville Mayor Tim Haak, took place May 2 in the second-floor community room of Zionsville Town Hall. (Photo by Sara Baldwin)

Haak spent an hour discussing current and future plans for the town, including development projects, roadways, parks and ordinances.

The first major project discussed was the expansion of Zionsville Road and addition of a pathway into the Village.

Construction will begin in June on Zionsville Road. The roadway will be reconstructed and expanded, creating a wider road and a pedestrian bridge with outcroppings. The pedestrian bridge will serve as a path into the Village and will meet up with the Rail Trail when the trail is extended. A section of Zionsville Road will be closed throughout most of the summer, which saves time on the overall construction cycle and allows Reith-Riley Construction Company to do a more thorough job. Closures and alternative routes will be posted at zionsville-in.gov.

Also discussed was the construction of Overley-Worman Park, which will include disc golf and bike trails and will eventually connect with the Rail Trail.

Other projects mentioned by Haak included an amendment to Zionsville’s smoking ordinance to ban all tobacco products or derivatives. He also discussed the “80-20 by 2020” plan to reduce property taxes.

“Our goal was to reduce the residential tax base to 80 percent by 2020, down from 95 percent back in 2008, when we first announced this plan,” Haak said. “We announced earlier this year that we hit our goal two years early.”

The next Mayor’s Night In is scheduled for 6 p.m. Nov. 28 in the St. Vincent Community Room at Zionsville Town Hall.