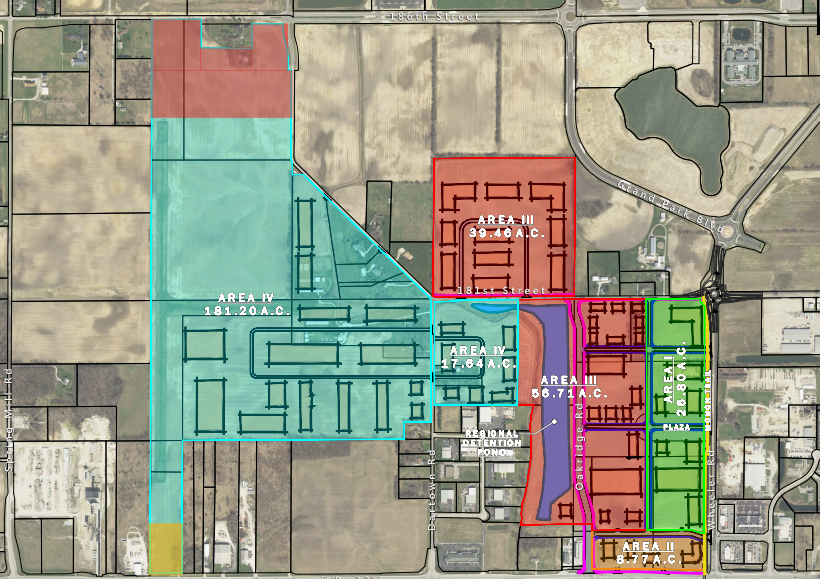 Four public hearings were hosted by the Advisory Plan Commission at its May 7 meeting. The next APC meeting will be at 7 p.m. May 21 at city hall, 130 Penn St. For more, visit westfield.in.gov.

What happened: The commission held a public hearing regarding a request to change zoning in the Wheeler Landing Planned Unit Development, which encompasses 321 acres at the northwest corner of Ind. 32 and Wheeler Road.

What it means: The updated zoning would comprise a mixture of agriculture, single family and enclosed industrial. It also was announced that Westfield Washington Schools has signed a non-binding agreement to create a new YMCA on 10 acres at Wheeler Road and 181st Street.

Nick Churchill spoke on behalf of the Wheeler family, who has lived on the ground in Westfield since 1870. He said dependent on several preconditions, including fundraising for the YMCA, ground-breaking could be as early as spring 2019 and be completed in the fall of 2020.

“The family is very excited about this,” Churchill said. “It is right down the street from the schools and would add a much-needed facility nearby.”

EdgeRock Development Owner and Managing Director Birch Dalton spoke at the hearing and said he is concerned about traffic flow at Wheeler Road and Ind. 32.

“We are about to have a real royal mess up here if we don’t plan Ind. 32 and Wheeler,” Dalton said. “We don’t want this to be 96th and Keystone. I suggest the APC be well informed before you make a decision on what to allow here.”

What it means: APC President Randy Graham recused himself from overseeing the hearing, handing the gavel off to Vice President Andre Maue. The new districts would be used for industrial and local business. No one from the public spoke.

What happened: A public hearing was held on the Landing at Monon Marketplace Planned Unit Development at the southwest corner of U.S. 31 and Ind. 32.

What it means: A request was made to review the three lots on roughly nine acres of land. Detailed development for the new Big Woods restaurant is expected by the end of the month.

What happened: The commission hosted a public hearing on the Setters Manor Planned Unit Development, a new subdivision for 12 single family homes.

What it means: The 5 1/2-acre project would be zoned under medium density near the Setters Run subdivision on Westfield’s southern border just north of 146th Street. Five people spoke on the matter.

“We have streets in a current state of desirable maintenance and construction and we wish our streets would be seamed, or better, after the construction of homes in the area,” she said.

Ogle also noted the new subdivision could bring an additional 22 to 33 cars through the neighborhood, causing additional traffic congestion to access 146th Street.

President of the Setters Run subdivision Carl Korbin said he had several concerns about drainage.

“Some of the data I received does give assurances, but I would like to see it in writing,” he said. “I want to have the time to resolve it.”

Residents Leslie Moore and Tim Drudge were concerned with the tree buffer. Both said if anything significant was planned, more trees would need to be planted to accommodate their view.
Resident David Usselman said the proposed neighborhood is nice and generous and he does not have any concerns other than drainage
The developer said drainage at the particular location moves west to east. He plans on proposing a separate storm pipe running along the common area and outletting to an existing manhole so rain water can no longer go to the existent basin.