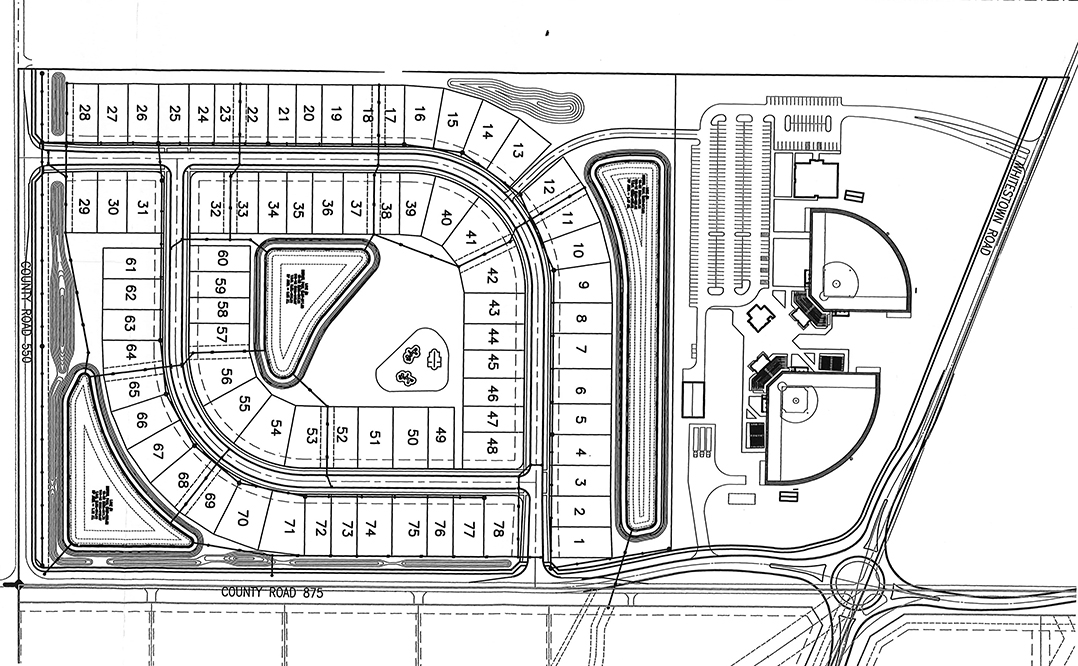 A Pulte Homes development is proposed just south of a 15 acres that could be donated for Little League International’s Central Region Headquarters at 8602 E 500 S. (Submitted photo)

The Zionsville Town Council voted 4-2 on May 7 to rezone 15 acres to accommodate a new headquarters for the Little League International Central Region Headquarters, even as some councilors and many nearby residents expressed concerns about a 76-home development tied to the project.

The rezoning changes approximately 15 acres at 8602 E 500 S from urban residential to a special use zoning district. The site is part of a larger parcel owned by State Bank of Lizton. Pulte Homes is planning to purchase the entire parcel, build 76 homes on approximately 40 acres and donate the remaining 15 acres to Little League, but only if the town approves both projects.

Most of the remonstrators spoke in favor of the Little League headquarters but said the Pulte development would be out of place in a rural part of town.

“We’re unable to find any area in Zionsville or Whitestown for that matter with equivalent or higher density. Effectively this would be apartments disguised as homes,” said Max Schmidt, who lives near the proposed development.

Others expressed disapproval that Pulte has requested a variance to use the Little League land to meet open space requirements for the proposed neighborhood. Zionsville Director of Planning and Economic Development Wayne DeLong said that he believed Carter Station Park was used in a similar way to meet open space requirements for a nearby development.

The council only voted on rezoning the site of the Little League headquarters, but some councilors said they could not ignore its ties to the proposed neighborhood in making a decision.

“The two-step process seems a little peculiar given that the two things are linked,” Councilor Tom Schuler said.

Schuler suggested delaying a vote on the rezoning to give remonstrators more time to review the proposal and give feedback, but after a 3-3 vote to continue the matter to the next meeting the council decided to approve the rezoning in part to avoid slowing down the Little League development process.

Matt Price, an attorney representing Pulte Homes and Little League International, said that when Zionsville submitted its bid to land the new headquarters it committed to having the new ballfields ready in time for the 2019 summer tournament. He said a delay could put that in jeopardy.

Zionsville’s bid also committed to finding land for the headquarters that would be free to Little League and to raising $1.5 million to help offset construction costs.

Council President Josh Garrett pointed out that the town council voted to approve Zionsville’s bid and that Pulte is the only group to step forward to donate land so far. He said that remonstrators will have opportunities to voice their opinions at upcoming meetings of Zionsville’s board of zoning appeals and plan commission, which will discuss and vote on plans for the neighborhood.

“The remonstrators have very good points, and there is a process for that. We have a very good board of zoning appeals and plan commission, and I expect them to take the remonstrators’ points into consideration,” Garrett said. “Our endorsement of this rezone is not an endorsement of this project, and I expect Pulte is going to work with the BZA and ZPC (regarding the) concerns that were brought up to come up with a development that works for everyone.”