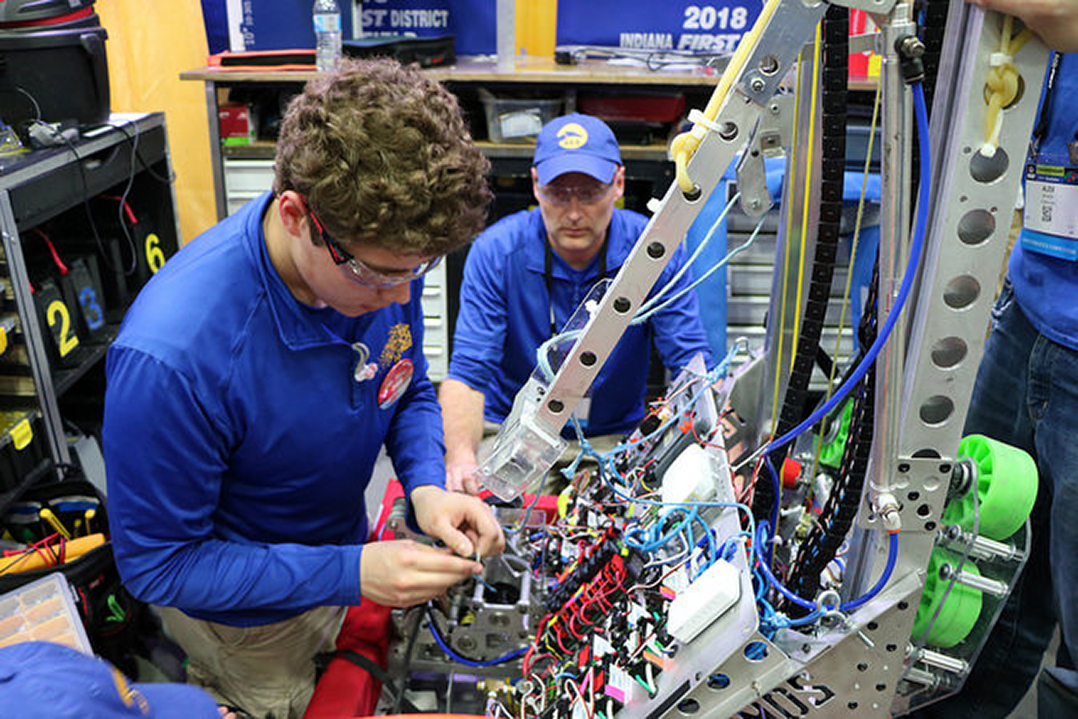 Carmel High School’s TechHOUNDS robotics team is celebrating a successful season, which ended with a record-setting score at the state competition and fifth-place finish in the world competition.

TechHOUNDS were the highest ranked team at the Indiana District State Championship April 12-14 with 343 points. The score tied for the all-time high point total in the district. Team 868 won 50 matches and lost 17 matches in official play in 2018.

The win qualified the team for the FIRST Championships April 25-28 in Detroit, Mich. More than 700 teams from more than 80 countries competed. It was the 13th time the group qualified for the competition since its inception in 2001.

“We did very, very well,” said Priya Una, a team member and CHS sophomore. “It’s split up into six different divisions. We actually won our own division. Then those winners moved on to a super division called Einsteins. Unfortunately, we had a couple of really hard matches, but we still placed fifth at the world competition.”

The competition requires each team to build a robot that moves autonomously and is tele-operated by the students. It takes about six weeks to build.

“Every January we’re given a new game that our robot has to play,” Una said. “So, we spend six weeks developing this amazing robot that is going to perform all these tasks under different constraints.”

Team members are proud placement and plan to use it as a catalyst for next year.

“We feel amazing,” Una said. “We are a younger team, but we’re all super-motivated and driven, and that gave us good results. We work so hard in the offseason to train ourselves. We were so ready to build a really good robot.”