You are at:Home»Current in Fishers»Fishers Community»Overlook at White River proposes 40 attached dwellings 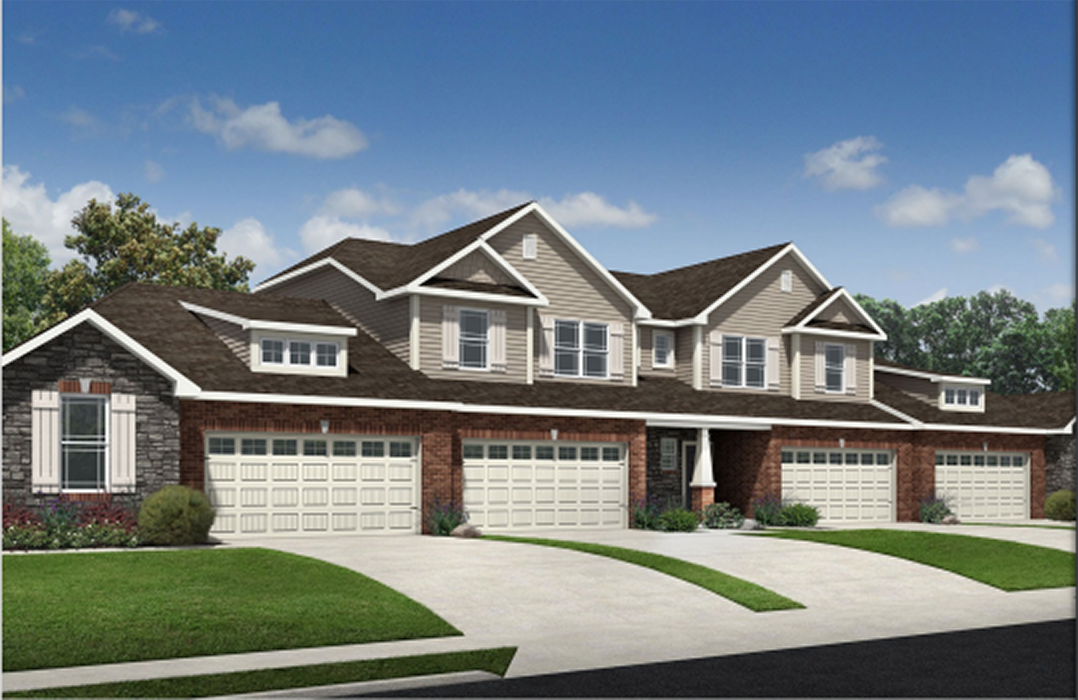 A rendering of what the front of the homes may look like at The Overlook at White River. (Submitted rendering)

Westport Homes presented a proposal for The Overlook at White River, previously known as the Thoroughbred Planned Unit Development, to the Fishers Advisory Plan Commission at its April 11 meeting. The proposal requested 40 attached single-family dwellings to be built on approximately 9 acres southwest of 146th Street and Allisonville Road.

Previously, an assisted living facility was planned for the area and Westport Homes is proposing an amendment to that project to allow for dwellings. Homes would include one- and two-story residences and are targeted towards adult singles or empty nesters. The homes would be priced between $215,000 and $235,000. Buildings would include between three or six units.

“The frontage looks great, but I’m not thrilled with the back,” he said. “My preference is to do some additional architectural work on the back. I like the product, I think it’s a neat product and definitely needed.”

The petitioner agreed to add verbiage to the amendment to call for 75 percent of the units to have at least one architectural feature of the buyer’s choosing, such as a pergola or a porch, among other options.

Although other members raised concerns about traffic on Allisonville causing danger to those turning out of the development without a stoplight, the proposal was passed onto city council with a favorable recommendation of 9-0.

If approved by council, site work is expected to begin this summer with home construction beginning late this year or early next year.