“Ragtime the Musical” is based on a 1975 novel about the early 1900s but still has relevance today.

That’s one reason Rich Phipps is pleased the Carmel Community Players is presenting the musical. Phipps, a CCP board member, will appear in the six performances of the musical April 20 to 29 at the Ivy Tech Auditorium in Noblesville. 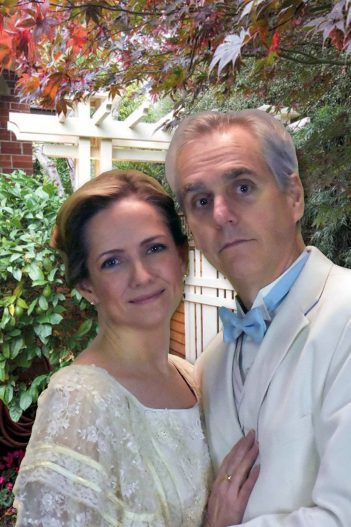 “Even though the story is set in New York at the turn of the 20th Century, it deals with important themes that are very relevant today, such as immigration issues, racial discrimination and social justice,” Phipps said. “It has some serious subject matter and some rough language, but we hope that parents will not hesitate to bring their children and then have some important dialogue at home. I love the way the story weaves in some historical figures such as Booker T. Washington, Evelyn Nesbit, Henry Ford and others. And everyone can enjoy the magnificent musical score which won the 1998 Tony Award.”

“The show is about racism and ethnic prejudice, people from privilege, and it’s about three stories from each of these groups,” Peet said. “It ends with a really nice message.”

Phipps, a Carmel resident, plays the father of the upper-class family in New Rochelle.

“It’s a bit uncomfortable to use the racist language of that era,” Phipps said. “And the songs are very wordy, so that’s a challenge, but I love singing with the other performers, who have some amazing voices. And I get a kick out of singing a song about baseball, as I’m a huge fan of the game.

This is the CCP’s first show since losing its Playhouse at Clay Terrace.

Although that is disappointing, Phipps said it is a blessing for the show since it is a much bigger venue, with a larger stage.

“This is a kind of blockbuster musical with a large cast that demands a bigger venue, and we’re hoping to attract bigger crowds than we could have fit in the old space,” Phipps said.

Peet, a CCP board member, said it was his suggestion to bring “Ragtime” to the CCP stage.

“I’m wondering why the heck I did this,” Peet said with a laugh. “It’s a significantly larger cast. I don’t know if it’s the largest cast ever (for CCP). I know they did ‘Joseph and the Technicolor Dreamcoat,’ and that had a large cast with the kids. But this well could be the largest one.”