You are at:Home»Current in Fishers»Fishers Community»Flexware Innovation announces new headquarters for downtown Fishers 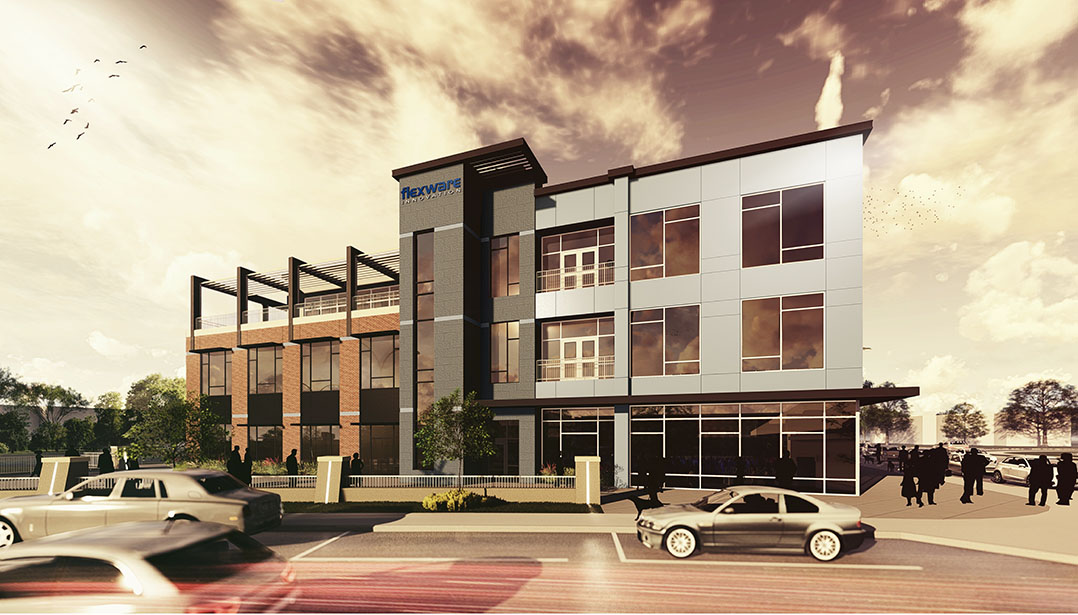 Flexware Innovation will establish a new headquarters in downtown Fishers on the north side of the Nickel Plate District Amphitheatre ellipses, 6 Municipal Dr. The tech company announced the $3.5 million development with the City of Fishers on April 13.

“Flexware came to Fishers before there was a strong tech community, Launch Fishers and the IoT Lab,” Flexware Innovation President Scott Whitlock stated in a press release. “We are so excited about Fishers’ vision of being a smart, vibrant and entrepreneurial city and believe the downtown location will help as a recruiting tool for our firm.  The only downside about moving from our current location in Fishers is not being able to keep the address on Technology Lane.”

Flexware Innovation currently occupies a space at 9128 Technology Lane where it assists manufacturers across the nation with business intelligence and automation solutions, according to the company’s website. Last fall, the tech company broadcasted its plans to create 68 high wage jobs within the next four years.

The newly-announced project will feature a 24,000-square-foot Class A office building with 12,000 square feet of office spaces and build-to-suit space. The development has plans to break ground this fall.

Along with the announcement of the headquarters, the City of Fishers announced it will construct a 100-space public parking lot which will offer free parking to the public after 6 p.m. Monday through Friday and all hours on the weekend.

“Scott Whitlock and his team are dedicated to growing in Fishers and have been part of our community since the beginning, and I look forward to having Flexware Innovation join the Nickel Plate District’s growing list of companies that call it home,” Fishers Mayor Scott Fadness stated in a press release. “The Flexware Innovation Building is a great addition to our downtown as we continue to fulfill the vision of a vibrant downtown center.”