You are at:Home»Lifestyle»Travel»Column: Honoring a Sufi saint 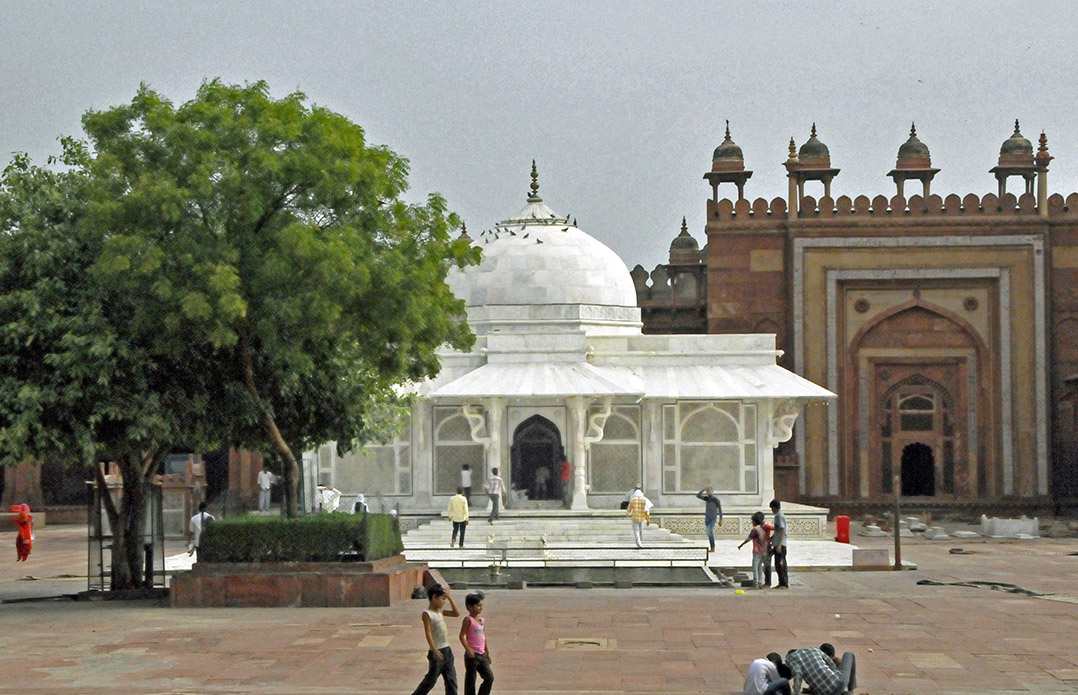 Fatehpur Sikri is one of northern India’s most visited sites. Its most popular building honors a 16th-century saint.

Akbar, considered the greatest ruler in India’s history because of his military prowess and religious tolerance, became the third Mughal Emperor in 1556 at age 13, with his capital in Agra. Akbar soon captured a large portion of north central India but lacked an heir. In about 1568, Akbar traveled to Sikri, a village 22 miles west of Agra, where he consulted Sheikh Salim Chishti, a Sufi Muslim mystic, in his cave. Sheikh Salim told Akbar that he would soon have a son. A short time later, Akbar’s wife, Mariam-uz-Zamani, gave birth to a boy in Sikri, whom they named Salim, who, as Jahangir, became the fourth Mughal Emperor. In gratitude, Akbar built a magnificent walled city around Sheikh Salim’s cave. The city, named Fatehpur Sikri, included a large mosque just inside its enormous southern gate. Akbar moved his imperial capital to Fatehpur Sikri in 1571.

After Sheikh Salim died in 1572, Akbar built a 350-foot by 440-foot mausoleum for Salim near the north end of the courtyard of Fatehpur Sikri’s mosque. Unlike the sandstone buildings of the rest of the city, the mausoleum was constructed of polished white marble featuring intricately carved screens on the walls. Sheikh Salim’s tomb rested under a dome in the center of the building. Later, Mughal buildings, including the Taj Mahal, drew on aspects of Salim’s mausoleum.

Akbar abandoned Fatehpur Sikri as his capital in 1585 and the entire city was soon deserted. But even today, the entire city, a UNESCO World Heritage site, is remarkably well preserved. Visitors to Sheikh Salim’s tomb tie threads to the inside of the marble screens, hoping to persuade the now-famous Sufi saint to grant them a miracle.