The Indianapolis Executive Airport is halfway through a master plan developed in 2008 and is preparing for construction of its top priority project: a wildlife fence. 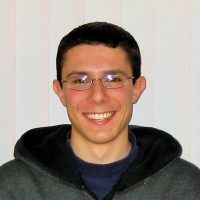 “We are very fortunate that we are in an undeveloped area at this time, but with that, then, comes deer, coyote and things, so the fence will be a big help in managing that,” said Brad Cozza, IEA executive director.

The IEA was already developing plans for the fence when Cozza joined the airport in 2016, but the project became the top priority in 2012 after a deer and airplane made contact on the runway, he said.

The $1.1 million project will construct more than 20,000 feet of fence. In September 2017, the IEA received a grant from the Federal Aviation Administration to cover 90 percent of the cost. The IEA will split the remaining 10 percent with the state. Construction is expected to begin this spring.

After the fence is complete, the runway/taxiway extension project will become the top priority. The project will extend the southern end of the runway 1,500 feet toward CR 200. Cozza said contaminants – rain, ice, slush and snow – on the runway can decrease braking action, causing aircrafts to require more pavement.

“(The extension is) allowing our current mix of aircraft to operate more safely, with the fuel or the passengers that they are seeking to operate with, more reliably,” he said.

The extension is coupled with a project to increase capacity of the aboveground fuel tank and other smaller projects eligible for grants. The grouping accounts for $10 million of the 2018-2023 budget.

The IEA will use airport funds this year to repair pavement, convert signage to LED lights, improve hangars and address fuel storage.

The master plan ends in 2028, but Cozza said the IEA will reevaluate its progress in five years to pinpoint any deficiencies. He said his goal is for the airport to be reflective of the communities it serves and their growth.