You are at:Home»Lifestyle»Health»Carmel’s SonarMed develops airway monitoring device for NICUs 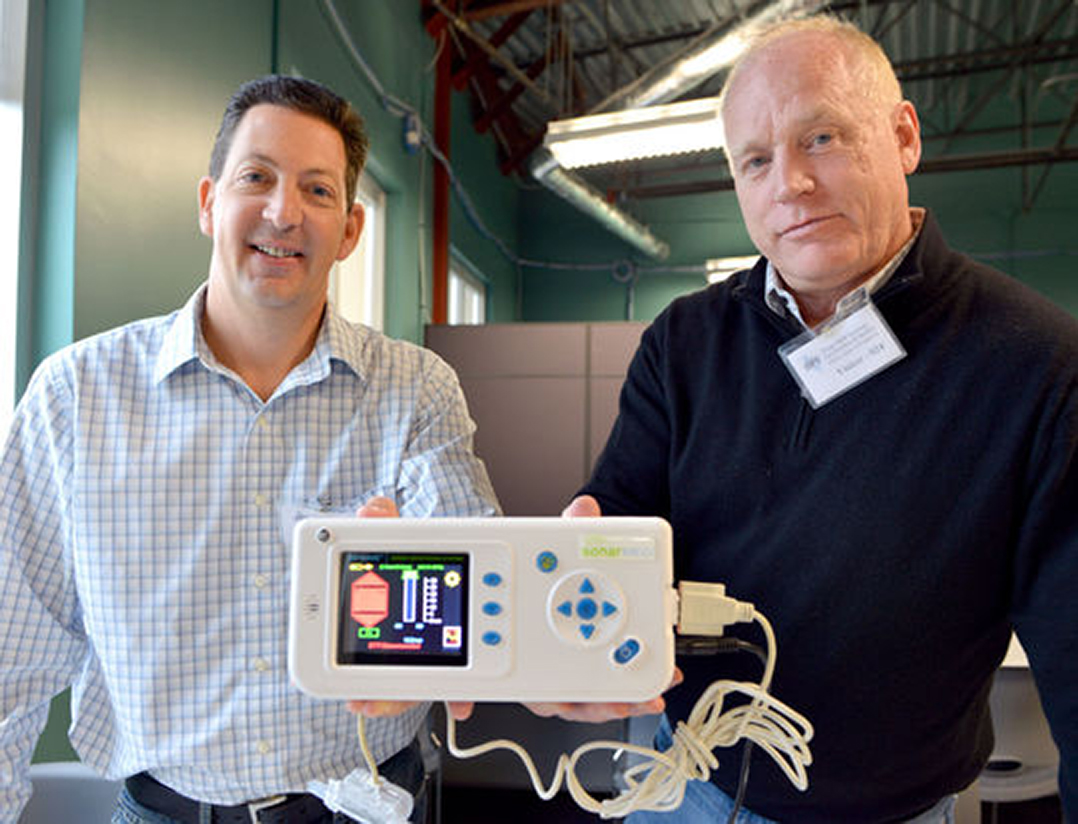 SonarMed, a medical device company in Carmel, recently announced the adoption of its AirWave Monitoring System in neonatal intensive care units at two children’s hospitals in California, and its use is expected to expand.

The AirWave device monitors a patient’s airway while they are intubated. The device uses sound wave technology to provide real-time detection of any endotracheal tube obstruction or movement in lieu of inconsistent monitoring like X-rays or observation.

Jeff Mansfield, inventor of the device, began developing the AirWave as a project for his doctorate study at Purdue University in 1990. He received a National Institutes of Health Grant in 2005, which allowed him to pursue the project. The device officially launched in 2016.

The device sends a sound impulse through its sensor, which connects to the tube, and the responding echoes allow clinicians to detect size of the passageway, obstruction or kinking and movement of the tube.

SonarMed CEO Tom Bumgardner said the AirWave prevents three principal intubation issues: clogging, unplanned extubation and movement into the lungs. He said 30 percent of patients experience these complications, with 33 percent of cases ending in serious harm and 2 percent in death. When an endotracheal tube comes out unexpectedly, it costs $36,000 and causes the patient to stay in the hospital on a ventilator much longer, he said.

“We try to be preventative so that we can tell when a problem is about to happen and they can reposition the tube or reposition the baby so that bad things don’t happen,” he said.

Five hospitals have adopted the technology. Bumgardner said the hospitals reported a reduction in unplanned extubations, a patient’s duration with a tube and the amount of X-rays taken.

Bumgardner said the company is ready to expand its reach inside hospitals and across the nation.

“We look at the NICU as the tip of the spear, or tip of the pyramid, to get into the hospital,” he said. “It goes into the NICU and people start seeing it being used. Then, it spreads to the PICU and the pediatric operating room, and then to the adult population.”