You are at:Home»Current in Carmel»Carmel Community»State legislators give halftime update at legislative breakfast 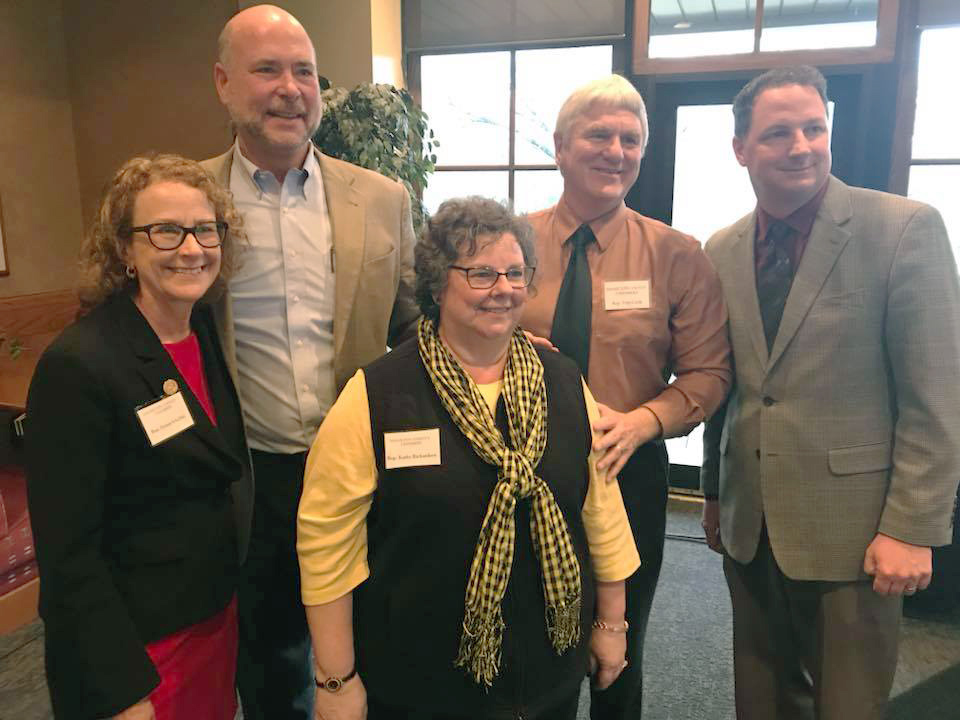 At the time of the breakfast, the Indiana Senate had passed the Sunday sales law, which would allow the sale of alcoholic beverages for carryout on Sunday from noon to 8 p.m. Since then, the Indiana House approved its version and was awaiting any final approval from the Senate and the signature of Gov. Eric Holcomb before final passage.

The legislature also has approved or is working on approving bills regarding the opioid epidemic, K-12 funding and workforce development.

Senate Republicans killed a hate crimes bill, leaving Indiana as one of only five states without such a law. State Sen. John Ruckelshaus expressed disappointment that a bill couldn’t get passed but said a consensus wasn’t reached. Indiana Speaker of the House Brian Bosma assured the audience that the death of the bill wouldn’t have an effect on Amazon choosing Indiana for its second headquarters, but he was interrupted by an angry member of the audience.

Another bill that would have merged approximately 300 of Indiana’s townships died in the House. There was resistance from smaller townships. The idea would have been to push townships with less than 1,200 residents to merge with a contiguous township in the same county.

“This would have required smaller townships to have consolidated their neighbors,” State Rep. Jerry Torr said. “It would have eliminated government, and I was disappointed we didn’t have the votes to get it passed.”

Lawmakers also addressed issues that dealt with local government control, such as state laws regarding Airbnb and small cell towers. Bosma said legislators are trying to deal with emerging technology prudently. He noted the small cell tower law from last year, which allowed telecommunication companies to install small-cell boxes in a city right-of-way without a permit or fee. This would allow greater use of broadband access in rural areas and 5G cellphone data.

Bosma said there was a lot of misinformation about the small cell towers.

This year, about 80 municipalities rushed to make themselves exempt from the law by declaring a section of town an underground utility area. In some cases, almost entire cities were declared as such. Carmel was one of those cities.

Bosma said mobile communication companies asked the General Assembly to void those laws, but they decided not to do that. He said a compromise might need to be reached.

“I’m not exactly sure what the final compromise is,” he said. “But these boxes are like bread boxes, not bread factory boxes. You want 5G. I want 5G, and this is how we get it.”