You are at:Home»Current in Noblesville»Noblesville Community»Noblesville Chamber of Commerce features four candidates for State Representative District 29 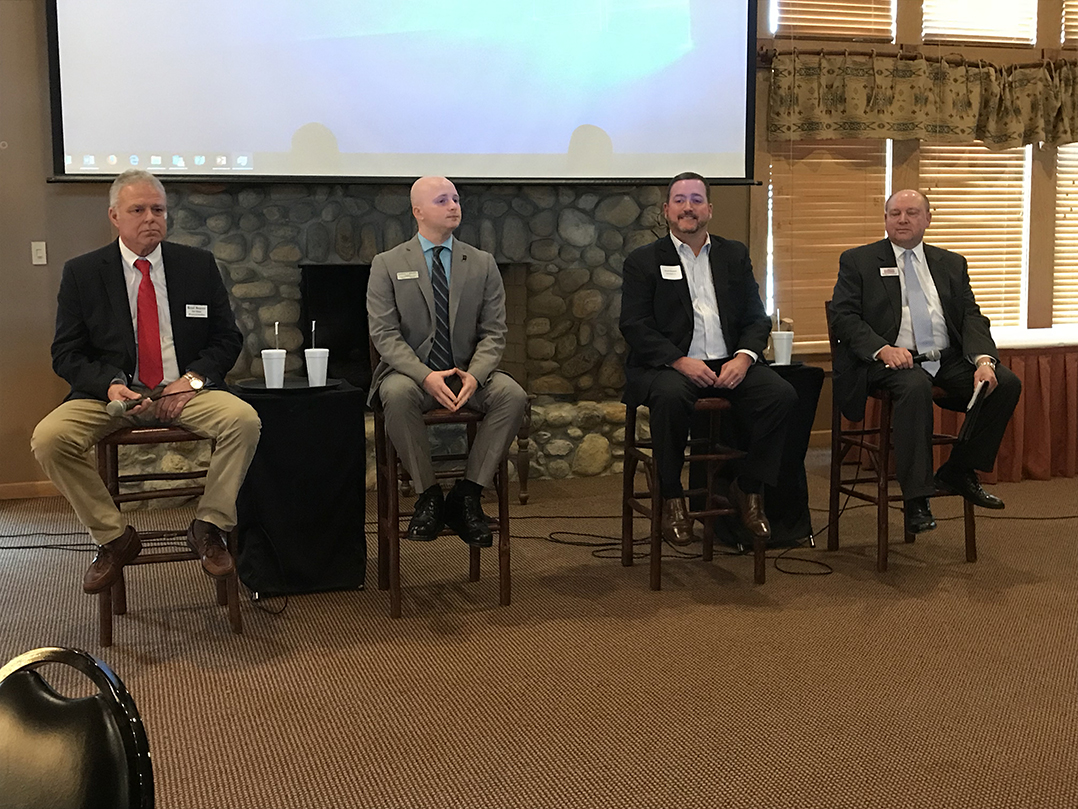 From left, Brad Beaver, Garen Bragg, Chuck Goodrich and Greg O’Connor presented during a panel through the Noblesville Chamber of Commerce at its Feb. 28 luncheon. (Photo by Anna Skinner)

Noblesville Chamber of Commerce luncheon attendees heard from a panel of four contenders running for the State Representative District 29 seat. The event was conducted Feb. 28.

Republican contenders Brad Beaver, Garen Bragg, Chuck Goodrich and Greg O’Connor participated in the panel and answered questions on why they are running for office and what they stand for.

Beaver serves on the Hamilton County Council. Bragg is an officer in the U.S. Army National Guard. Goodrich is president and CEO of Gaylor Electric. And O’Connor serves on the Noblesville Common Council and works in commercial banking with BMO Harris.

The first panel question was about priorities and what committee assignments they would seek if elected.

Goodrich said he would prefer committee assignments in jobs and education.

“The reason I’m running here is to be laser-focused on creating jobs for people, training them and giving them the tools that I believe will motive and build Indiana even better,” he said.

O’Connor said with his background in finance, he would best serve on the Ways and Means and Financial Institutions committees.

“I spent 30-plus years in the finance industry,” he said. “I understand government finance.”

Beaver said his priority is infrastructure.

“The money we collect on the gasoline tax is actually spent on the projects intended with roads and bridges and doesn’t get siphoned off to other projects,” he said. “That would be the most important, as far as I’m concerned.”

Candidates also spoke on their stance on raising the smoking age from 18 to 21, the opioid crisis and health and wellness.