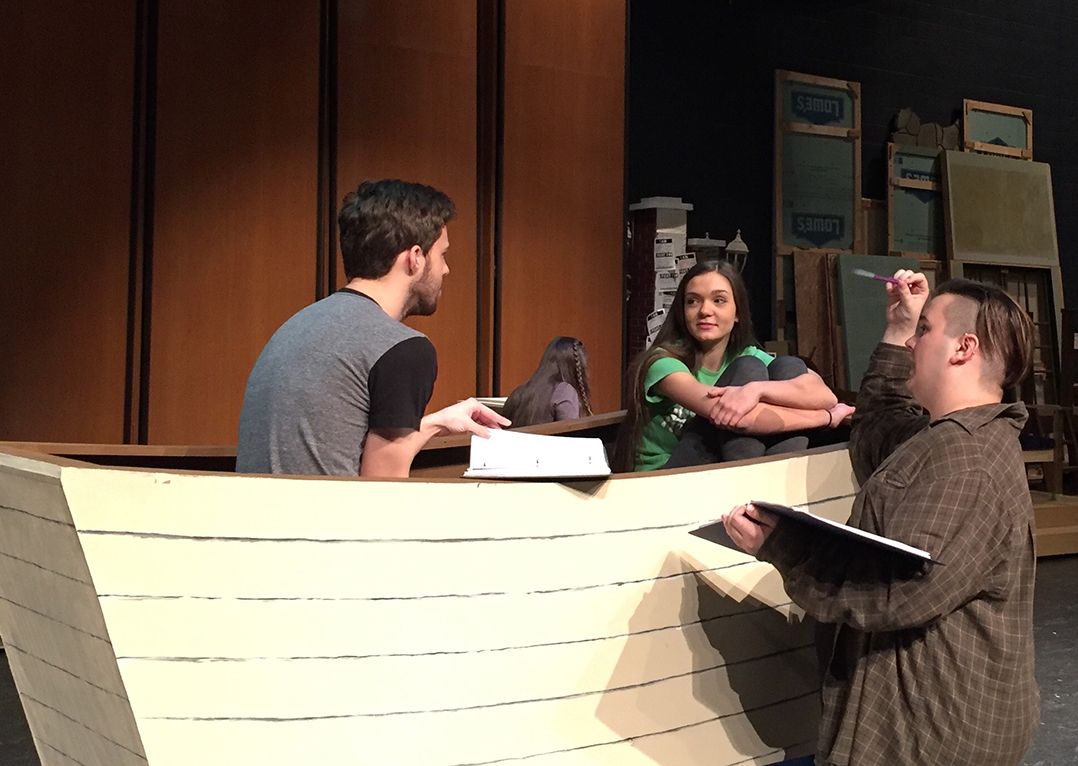 The rendition of the 1989 Disney film follows the story of Ariel, a mermaid who wants to become human and what she’s willing to make the wish come true. Ethan Mathias, an HSE teacher who serves as the director of staging and vocal direction, said there are a few differences in the performance in comparison to the movie.

Some scenes cannot work with the high school’s set, such as when the character of Eric steers his ship into Ursula in the movie.

“It’s different in how it ends and in terms of the size of some of the parts, like Ariel’s sisters are featured some more and Eric is featured a little more,” Mathias said. “It’s all the same faces, it’s just been augmented a little bit.”

“I think people will really enjoy seeing a story they’re familiar with told in a brand new way with all of the same great music they remember from the movie with some visually stunning aspects to the production and a lot of kids that are very talented and very passionate about what they’re doing,” Mathias said.

Tickets can be purchased at hsedrama.org.