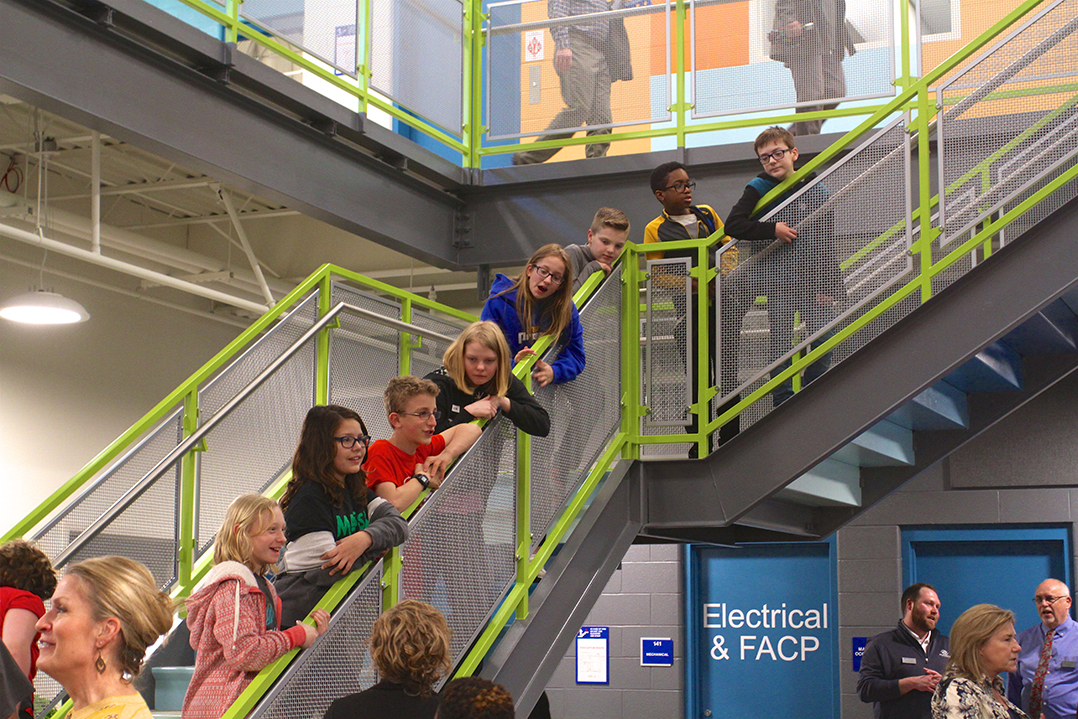 BGCN club kids look on at the Feb. 19 festivities in their new club.

Since late 2014, the Boys & Girls Club of Noblesville had been working to reach the point it met last week when it held its grand-opening celebration.

The new club at 1700 Conner St. in downtown Noblesville has been years in the making because the old club could no longer meet the needs of the only Boys & Girls Club in the county, forcing the organization to split its daily operations between two facilities – the main club at 1448 Conner St. and the Community Center, adjacent the new facility. 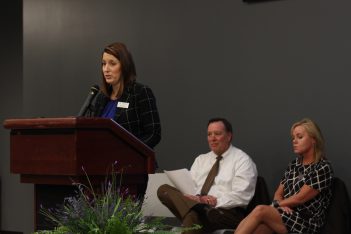 The 33,900-square-foot Tom and Soni Sheehan Boys & Girls Club of Noblesville was dedicated Feb. 19 with a ceremony of speakers, including the club’s executive director and board members, capital campaign committee members and a member of the Sheehan family, followed by a ribbon cutting with BGCN staff, board members, community supporters and Noblesville Mayor John Ditslear.

“Watching this building become a reality has been incredible,” BGCN Executive Director Becky Terry said. “The support of each and every person has been amazing. Seeing the smiles, excitement and joy of the kids when they come in the door makes the building come alive.”

The club serves approximately 2,100 members. Terry said since the new club has opened, an average of 310 club kids attend after-school programming each day, with a record 355 in January. BGCN also provides two meals each week to its members and a snack each day.

“This is about our community. This is about all of us and about being blessed with the opportunity to do something for kids,” BGCN board member Bryan Mills said. “When these children go through this club, they come out with more than just having a good time or learning how to shoot pool. The things that are done for character and leadership development, for education, socialization, recreation, that’s what the clubs are all about.” 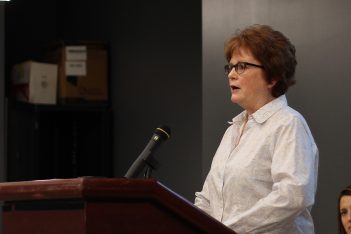 Tracey Sheehan, daughter of Tom and Soni, who the club is named after, speaks to the crowd at the Feb. 19 event on behalf of her parents.

Tracey Sheehan, daughter of Tom and Soni, who the club is named after, spoke to the crowd at the Feb. 19 event on behalf of her parents.

“My parents have been patrons of the Boys & Girls Club since 1988, when Soni actually began volunteering here,” Sheehan told the crowd. “Over the years, they’ve been involved in supporting various causes, but nothing has been more personal than the gift to help build this facility. This gift was made in honor of my brother Tim, who passed away in 1973, one month before his 13th birthday. He fought 18 months with an aggressive form of bone cancer. Tim would love this facility, the pool tables, foosball tables. He would be a little gym rat. Everything about (this facility) would get his wheels spinning beyond belief, and more than anything, we are just so pleased that his memory continues to live on. So, have fun.”