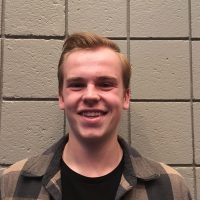 Stewart was familiar with “Peter and the Starcatcher” since he had done monologues from the play for auditions for other shows.

“I really like that it’s a very iconic character. Everyone has heard of Peter Pan,” Stewart said. “So, it’s cool to take my perspective of it and put a spin on it.”

“It’s a really comedic role, and it’s big,” Bembenek said. “I’ve always liked pirates, so it’s like a dream come true to actually be a pirate. It’s a really fun role because it’s evil but it’s also likable and funny.” 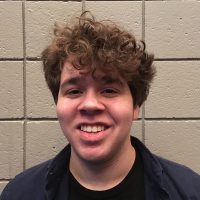 Bembenek didn’t know much about the play until he prepared for the role.

“It’s a prequel that not as many people are familiar with, so it’s exciting we get to do it,” Bembenek said.

The show is not a musical, but there are songs in it.

Bembenek and Stewart are in Ambassadors, the mixed show choir. Junior Morgan Goodrich plays Molly, who is the Starcatcher.

“This is such a fun role,” Goodrich said. “I love being with the entire cast. My favorite is the scenes with the Lost Boys. They are so funny.”

Goodrich is in Accents, the all-female show choir. 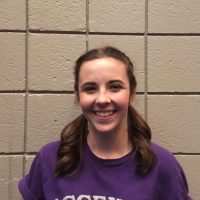 “When I looked into the script, I fell in love with it,” Goodrich said. “‘Peter Pan’ is my favorite children’s story over all. I think this show is so magical. It’s not your average ‘Peter Pan.’ It’s has the magic elements of the children’s story but has funny elements to it.”

“The biggest challenge is we ask the audience to use this imagination and come on this journey with us,” Cassidy said. “The set is cool but relatively sparse, and it’s supposed to represent so many things. We’re on a dock and two different ships, and one of the ships breaks in half. We’re on a hurricane on a ship in the water. There is a lot of moving of the actors to represent this. That’s been my biggest struggle, to figure all of that out and hoping it makes sense. I think it will.”