You are at:Home»Current in Carmel»Carmel Business Local»Office Pride cleaner rises to franchise owner 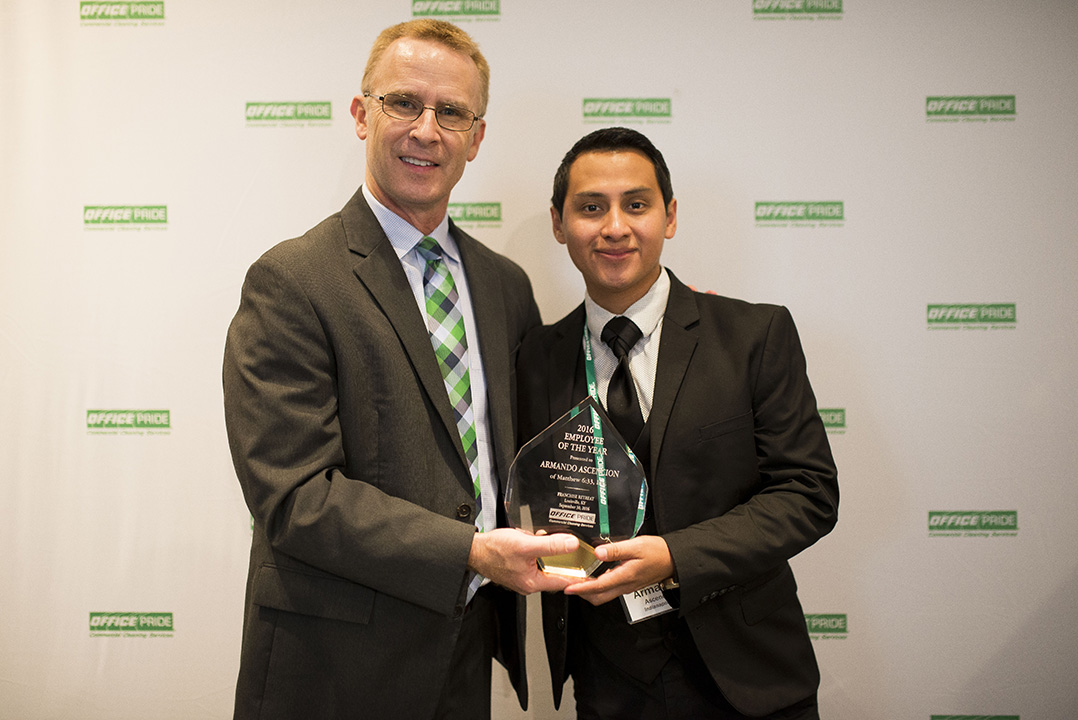 Armando Ascencion was considering pursuing a career in accounting.

However, the entrepreneurial spirit struck the Mexican-American, who now owns his own Office Pride franchise primarily serving Carmel, Westfield and Fishers.

While at Ivy Tech, Ascencion, who moved with his family from Mexico to Indianapolis when he was 3 years old, started selling advertising for a Spanish newspaper.

“The owner had some smaller accounts but then purchased more accounts,” Ascencion said. “I was 18 years old when I started, and six months later I was promoted to supervisor. We had 25 employees. After a year and a half, I was promoted to general manager. He had purchased accounts from another franchise owner and we were up to 80 employees.”

Ascencion credits his former boss, Scott Gipson, with his success.

“I wouldn’t be here if weren’t for him,” Ascencion said.

In 2016, he was Office Pride Employee of the Year at the national convention.

In August 2017, Ascencion purchased his franchise. He plans to move from the south side of Indianapolis to the north side early in 2018.

“I purchased some of the accounts in Carmel that I had been servicing since I was at Office Pride,” Ascencion said.  “I have about 20 employees right now. I’m trying to get college students to work for me.”

Ascencion originally came to the U.S. because his father, Hernoldo Ascencion, got a chef job in a Mexican restaurant in Indianapolis.

Ascencion’s Office Plus franchise is a family affair.

His father and mother, Maricela Apolonio, both work at his business. His father is a supervisor and his mother helps with inspections. His younger brothers, Alex, 16, and Rodrigo, 22, both work for him as well. His girlfriend, Nathaly Marrugo, helps with bookkeeping.

An older brother, Paulino Ascencion, co-owns two restaurants in Mexico. Ascencion said they are considering opening a restaurant in Canada. His brother had returned to Mexico to study engineering in college.