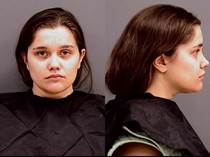 FPD launched an investigation Jan. 21 after parents noticed bruising on their child, who had been in Gillen’s care. According to a press release from FPD, the parents told police they suspected Gillen was abusing their child. The parents provided video surveillance from their home where the abuse occurred.

Gillen is a 27-year-old Indianapolis resident being held in the Hamilton County Jail.