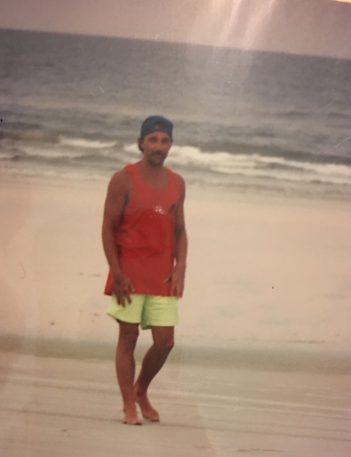 Ralph “Moondoggy” Metzger, 60, born Oct. 12, 1957, lost his battle with cancer Jan. 21 at his home. Ralph was surrounded by his loving wife, Ingrid, sister Pam and brother Jay. He was preceded in death by his mom, Anna May, father Ralph “Sonny” and brother Rodger.

Ralph served in the Air Force for four years, and he worked at Hash Motors in Fishers for 30 years.

There will be a celebration of life planned by his wife on a later date. He will be greatly missed.

As I sit here writing this obituary for this man that is/was my stepdad, there are tears streaming down my face. There isn’t enough space to tell the world about you.

Ralph was a carefree, locing man that was step-dad to Shauna (Will) Parsons of Noblesville, and Crystal (Paul) Roy of Greenwood. He spent many weeknights after work and weekends spending time with family on the lake, fishing and swimming. Many times, Ralph would want to play a game called “Wash the Boat.” I would be super excite until I realized exactly what I had to do; I would jump in the water, he would hand me an old rag and some soap. I would literally have to wash the boat that was currently in the water. Ralph so enjoyed being on the beach with his feet in the sand, listening to the waves crash. I will cherish every memory I have of you.