You are at:Home»Current in Zionsville»Zionsville Community»Elderly man rescued from fire in Whitestown house 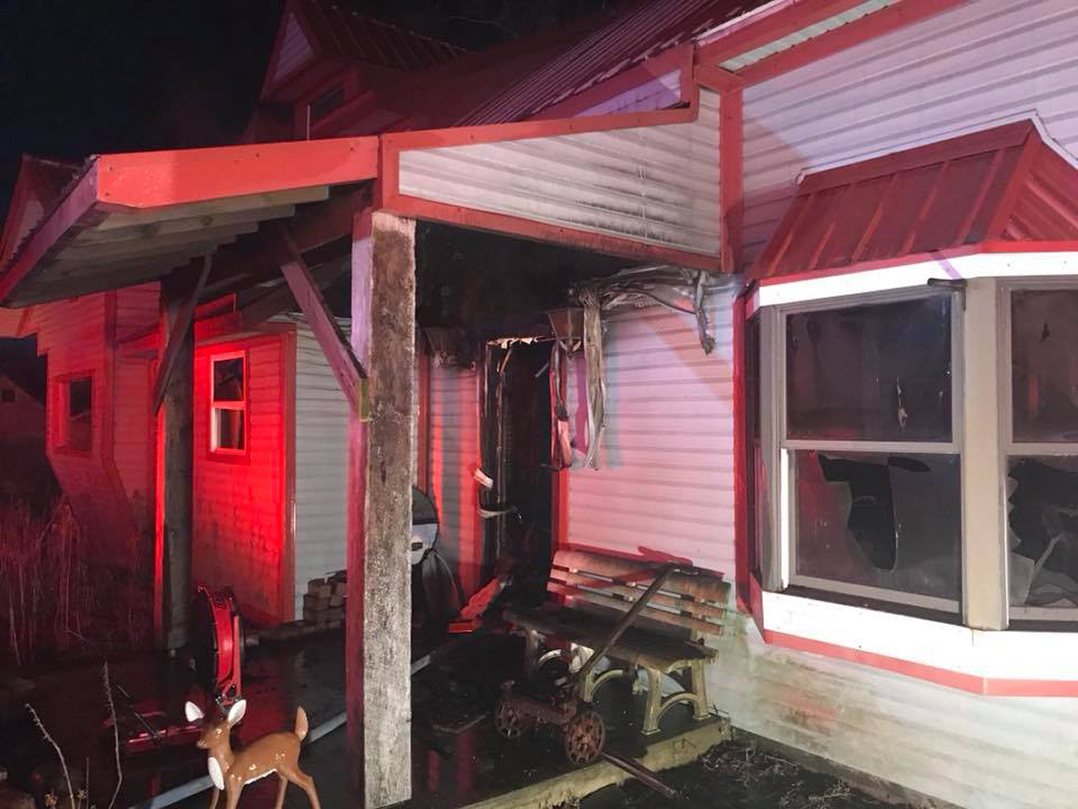 A Whitestown home suffered damage and one victim was rescued after a fire sparked the evening of Jan. 24. (Submitted photo)

A Whitestown man is in the hospital after firefighters rescued him from a fire in his home Jan. 24.

Whitestown Fire Dept. Chief Josh Westrich said crews responded to the home on CR 500 E at approximately 7:30 p.m. and quickly noticed an elderly man on the floor within 5 feet of the back door. Firefighters pulled him from the house and began treatment as other firefighters simultaneously fought the blaze. Responders transported the man to Eskenazi Health, Westrich said. He did not know the man’s condition.

A dog found in the home did not survive the fire. Its body was discovered next to the elderly man.

Westrich said the cause of the fire is still under investigation, and the amount of damages is unknown. The home experienced heavy smoke damage throughout, and the fire was contained to the first floor living room area, kitchen and front porch, he said.

“It was all contained relatively quickly,” Westrich said. “It all happened within the first few minutes.”

Westrich said his crews don’t typically need to conduct a rescue when they arrive at a fire.

“It is definitely a rarity to find a victim,” he said.