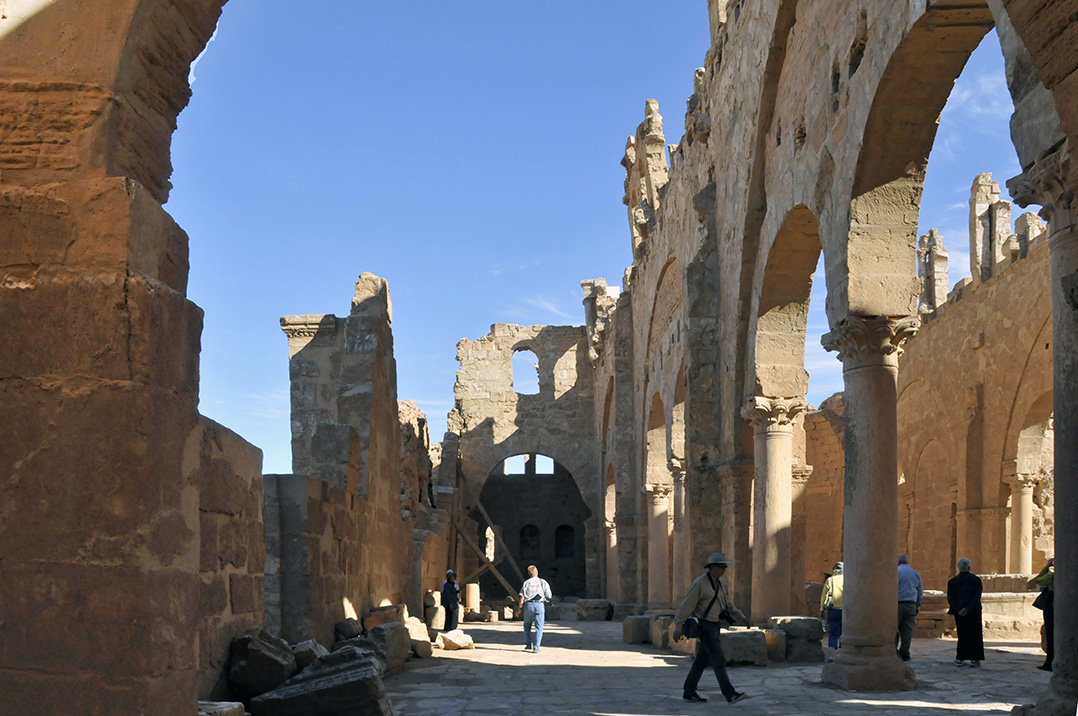 Ruins of Basilica A in Resafa, Syria (Photo by Don Knebel)

Resafa is an ancient town near Raqqa, Syria, until recently the de facto capital of the so-called Islamic State. Although most Americans have never heard of it, Resafa was once a famous Christian pilgrimage site.

The known history of Resafa goes back to the ninth century B.C., when it was identified in Assyrian texts as a military camp. The Bible reports that the king of Assyria warned Israel that he had captured Resafa (Rezeph) despite the supposed protection of  its gods. The Romans eventually maintained Resafa as a fortification against the Persians.

At least according to legend, a Roman soldier named Sergius was beheaded in Resafa during the reign of Emperor Diocletian for refusing to worship the Roman god Jupiter. Before being killed, Sergius was reportedly ordered to walk around Resafa in women’s clothing, with boards nailed to his feet. Christianity soon became legal in the Roman Empire and Sergius became a celebrated martyr. A church was built over his grave and the site began attracting pilgrims.

In about 425, the town was renamed “Sergiopolis.” A three-aisle basilica, called Basilica A, was later erected to hold relics associated with Sergius and to accommodate the growing crowds. In the sixth century, Byzantine Emperor Justinian erected a mile-long wall, featuring 24 towers and four ornate gates, to protect the town, at the time second only to Jerusalem in attracting Christian pilgrims. Despite the wall and a garrison of soldiers, Sergiopolis fell to the Umayyads in 636, who built a mosque just north of Basilica A. The town was abandoned in the 13th century and fell into ruins.

Today, much of Justinian’s wall, including some of its beautiful gates, remains intact, and portions of the arched walls of Basilica A remain standing. Resafa/Sergiopolis was retaken from the Islamic State in June 2017, with little reported damage.