You are at:Home»Current in Noblesville»Noblesville Community»Tree clearing begins for Midlance Trace’s second phase 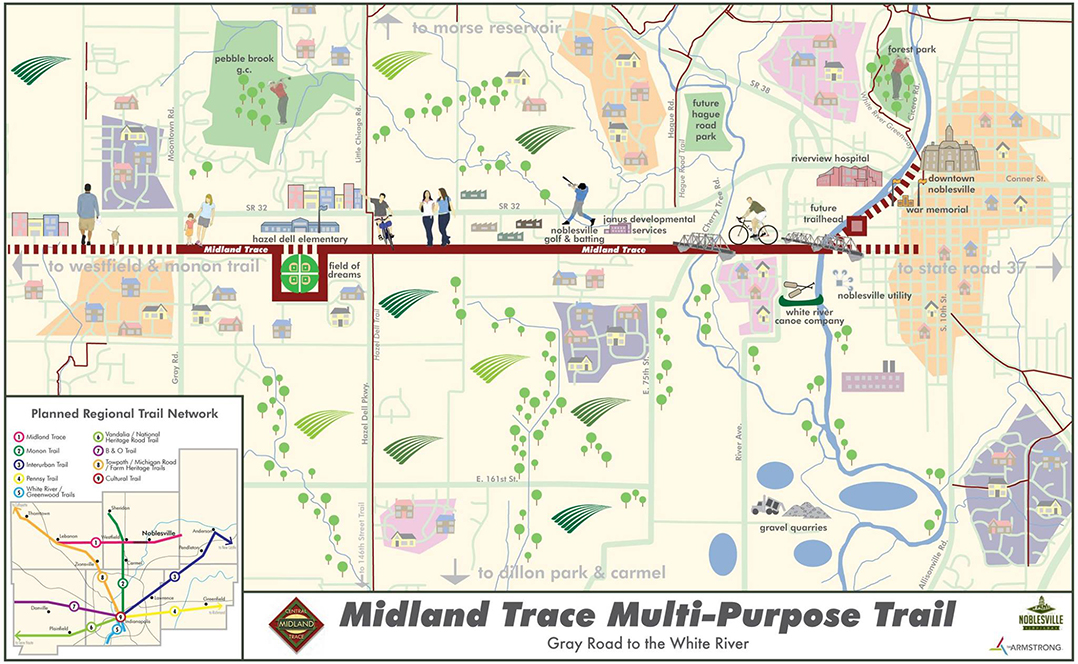 Site work for Midland Trace Trail’s second phase began last week, primarily the clearing of trees along the planned trail, only along city-owned land or in public right of way.

“Tree clearing is the first step in the construction process so the land can be prepped for site work,” Mayor John Ditslear said. “We’re excited to begin phase (two) a year ahead of schedule and continue the momentum of the Midland Trace Trail.”

The first phase of the Midland Trace Trail was constructed in 2017. It connected Westfield’s portion of the trail at Gray Road to Hazel Dell Road. Phase two will continue the 12-foot-wide, multi-use trail from Hazel Dell Road east to Willowview Road. Initial tree-clearing work will be done between now and mid-March. Construction of the trail will begin as weather allows – approximately mid-March or later – with plans to have phase two of the trail open by mid-August.

The city hired an independent arborist to review the clearing plans and the site to inventory trees. A summary of the arborist’s clearing report is online available at cityofnoblesville.org.

Construction of phase two and the land acquired are 80 percent funded by a federal aid grant obtained by the Noblesville Engineering Dept. and 20 percent by the City of Noblesville.