You are at:Home»Current in Noblesville»Noblesville Community»Two more announce District 29 candidacy

As of press time, two more individuals have announced their run for the District 29 State Representative seat.

Kathy Richardson is the incumbent, but she announced in December she would not seek reelection. Instead, she plans to run for Hamilton County Clerk. 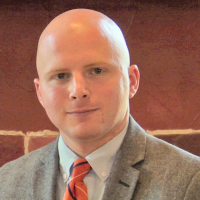 Bragg is an insurance producer and officer in the U.S. Army National Guard. He is a Noblesville native, Purdue University graduate and is married to Abigail Bragg.

“Hamilton County deserves a fresh, conservative voice in the Statehouse,” Bragg stated in a press release to Current. “I will fight for our shared values, for stronger schools and to make our economy more competitive … I am pro-life, a supporter of the Second Amendment and unashamed to stand for our religious liberties. I will speak truth to power, and say no to more taxes and no to tolling.”

In an announcement video on social media, Bragg stated that “leaders behind closed doors” decided to rip out the Nickel Plate Railway in Noblesville.

“We have to wonder, are they even listening?” Bragg said. “I will fight to save the train.”

Goodrich is the president of Noblesville company Gaylor Electric. He was named Noblesville Business Person of the Year in 2012 by the Noblesville Chamber of Commerce and is a board member of the Riverview Health Foundation and Noblesville Youth Assistance program. He has been married to his wife, Tricia, for 24 years. They have four children, Kaitlyn, 23, Kole, 20, Kylie, 16, and Karson, 14. He has lived in Noblesville for more than 20 years.

“Political campaigns should be about putting people first and not about making career politicians,” Goodrich stated in a press release to Current. “I am laser-focused on providing pathways for people to live the American Dream. I do not expect taxpayers to pay my government salary to serve them. Therefore, if elected, my government salary will be donated to a local Noblesville charity to help serve those in need in District 29.”

The Republican primary election will be May 8. The general election is Nov. 6. Candidates must file for the primary by noon, Feb. 9. The deadline to register to vote in the primary is April 9. Registration reopens for the Nov. 6 election May 22. Register to vote, check your registration status or find your polling location by visiting indianavoters.com.