You are at:Home»Views»Column: The anomaly of Cuba

A week’s visit to Havana is a trip where things are really never what they quite seem, like “Alice in Wonderland,” perhaps. Suffice it to say, city and country reside in a time warp, like the ’50s of the U.S., yet the people of Havana and country seemingly represent a body of genuine warmness, charm and civility, which parts of our own nation once possessed and lost in our current period of social and political correctness and rigidity, class over-classification, self-righteousness mixed in with a healthy dose of class hatred and individual atomistic narcissism. 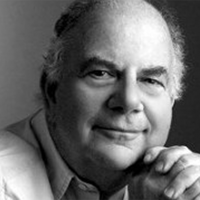 That reminds me of what Yogi Berra once said: “Nostalgia isn’t what it used to be.” But for a moment you can relive the period of American history and its warm glow during those Eisenhower years of normalcy, when couples played bridge around a living room card table, men played golf at the club and drank highballs before dinner.

The polite and truly caring society of Cuba has a more dismal physical and economic backdrop, however. Behind it all is a country in poverty yet rich in natural resources with a Third World or underdeveloped, crumbling infrastructure, where wealth is essentially concentrated in the hands of the governmental elite and the military. But the two groups are synonymous since the military controls upward of 60 percent of the Cuban economy. Its control ranges from ownership in resorts and real estate to business, leaving little room left for any private enterprises except for a few privately licensed shops that sell primarily to the tourist trade, of which the Canadians contribute a majority in number.

It would appear that nothing much happens without the military-government not knowing about it or controlling it. The range of military control includes real estate and industry and general business activity, except for those lucky ones who were issued licenses to conduct trade in a quasi-capitalistic, rudimentarily fashion.

Currently, the licensing process has been halted, subject to analysis by the government to determine its impact. It is likely to remain so until Raul Castro’s successor is selected in April.

There is no question that the Cuban infrastructure is in shambles. Sidewalks are torn up and deep gaping holes are prevalent. The streets of Havana are a continual labyrinth of trenches with pipes seemingly under repair and/or construction. Work seems to occur everywhere at all hours of the day with very little evidence of completion. Waves of small crews descend on repair sites like the trenches etched on street surfaces, but for some inexplicable reason the job never seems to be completely finished.

Poverty is seemingly prevalent with average monthly wages hovering near $50 per capita. Yet, Cuban society is a make-do one,  where every material has a re-use and purpose and soon finds its way to that end. Top lids of cans can appear in new uses like hats and purses. Ingenuity and the lack of new automobiles as any prospective Cuban tourist knows manifests itself in the thousands of antique American autos still traveling the Havana streets, which add to the air pollution and the architectural decorativeness and color to the Havana city landscape.

Anyone visiting Cuba can’t miss several of its attractions. It’s the arts that manifest itself from public displays to the country’s music and dance. Under strict state control with subsidy training, the dance begins at age 5 and lasts through college, provided talent is evidenced. One of the unfortunate turn of events with the Trump edict is that many of these students desiring to come to the U.S. to further pursue their artistic efforts will now be unable.

So, is there any silver lining for Cuba? Or do the Cuban people ever enjoy the pleasures of a modern society along with its accompanying social and economic problems? Perhaps if private capital became abundant and available and technology is introduced and utilized. And perhaps if government control lessens and reshapes itself to more of a support role and loosens its grip so that some form of capitalism emerges.

David Woll is author and president of Carmel-based Woll Enterprises, Inc., was a program sponsor, mentor and part of a group from the University of California (Berkeley campus) that visited Cuba in mid-December as part of an educational program sanctioned by the Ministry of Tourism. There, the student group worked with faculty members from the University of Havana to complete projects intended to improve retail and agricultural (cooperative) sectors of the Cuban economy. He can be reached at 317-727-1577 or davidwoll1948@gmail.com.