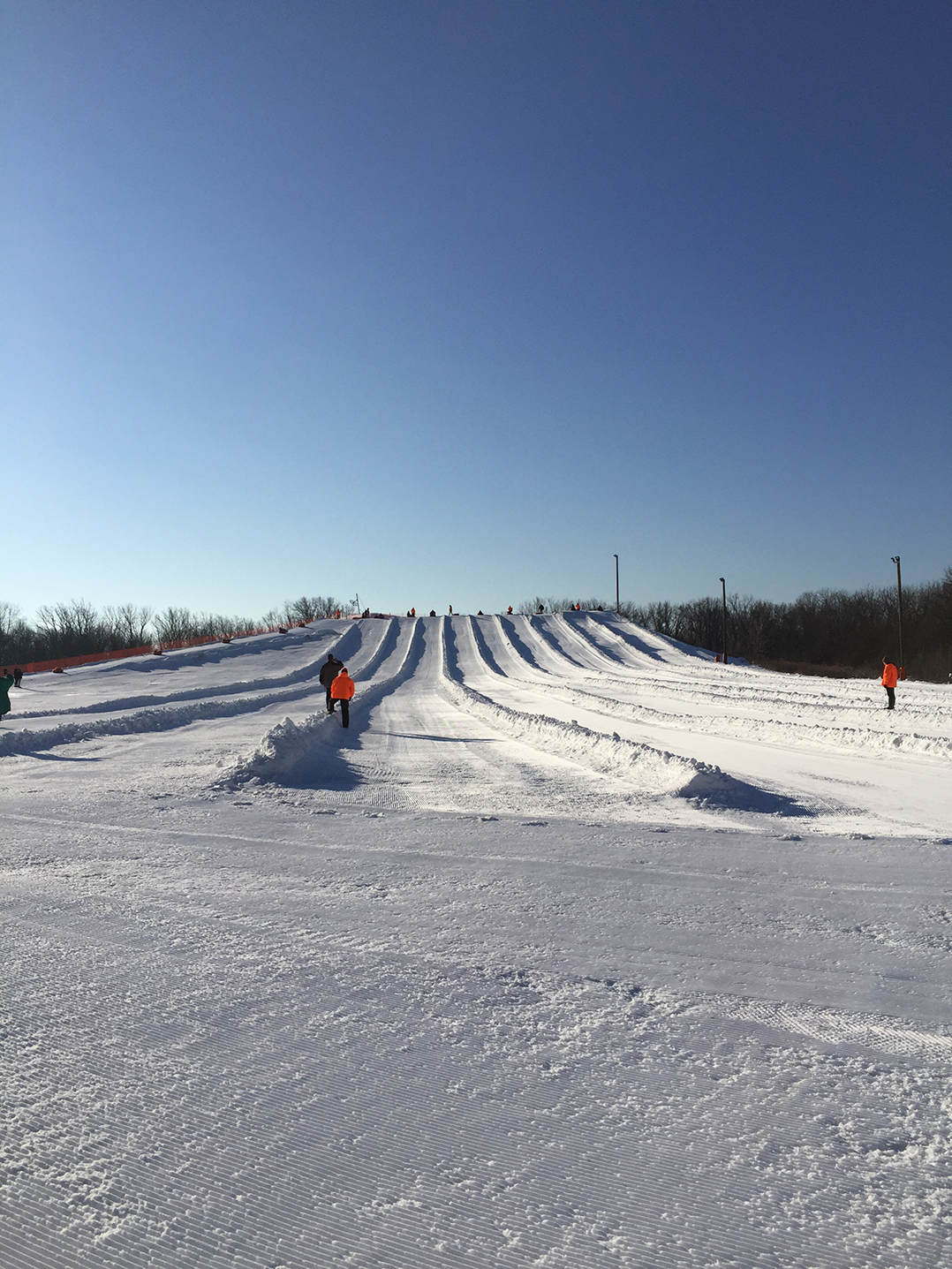 Most of Hamilton County has only seen a dusting of snow this season, but Koteewi Run Seasonal Slopes is a full-blown winter wonderland.

The project cost $1 million, which HCPR Director Allen Patterson said includes all the equipment for making, grooming and controlling the snow. Planning for the hill began in 2000.

“We started doing community input meetings on our master plan for the park, and one of the things that continued to come up over and over again and was a very popular request for winter recreation,” Patterson said. “On the original master plan that was done in 2000, it shows a refrigerated toboggan run. We sat down and met with people who actually own and operate refrigerated toboggan runs, and they told us a lot of stories about how much work they are. So, we decided a tubing hill would be a walk-before-you-run scenario.”

Similar to sledding, snow-tubing participants fly down a snowy hill and coast to a stop at the bottom. Koteewi Run Seasonal Slopes tickets include tube rental. Tubes are rubber inner tubes with fabric wrapped- edges and plastic bottoms. Tubing is safer than sledding, according to park officials.

“Sleds take on many different forms,” Patterson said. “Safety is the No. 1 concern we have here aside from visitor experience.”

Naturally, there is no steerage in tubing. So, in another effort to control safety, lanes are carved into the slope. One tube fits in each lane, and staff will stagger launch times. Lanes are approximately 2-feet-high by four-feet-wide, with berms carved between each. A machine grooms snow at the bottom of the hill, and rubber mats at the end of the run allow for a quick and safe dismounts.

Cooley said if conditions are perfect, tubing speeds can approach 50 mph. However, weather greatly affects the quality of artificial snow, so Cooley said 30 mph is a more accurate estimate.

“We want 18 to 20 degrees and less than 50 percent relative humidity,” Cooley said of the perfect snowmaking environment. “We can make anywhere from 2 inches to 16 to 18 inches an hour if conditions are perfect. Once we get the base down, which is 3 to 4 feet of snow on the hill, the only things stopping us from operating would be rain or weather that would ice up the runs.”

To add to the winter wonderland, Cooley said the park will sell hot chocolate, coffee and hot dogs. Food trucks will sell other concessions.

“It makes sense for us to do hot chocolate. That’s something that goes along with tubing and a warm hot dog, which is really simple for us to put together,” Cooley said.

HCPR is exploring year-round and seasonal options for the slopes. 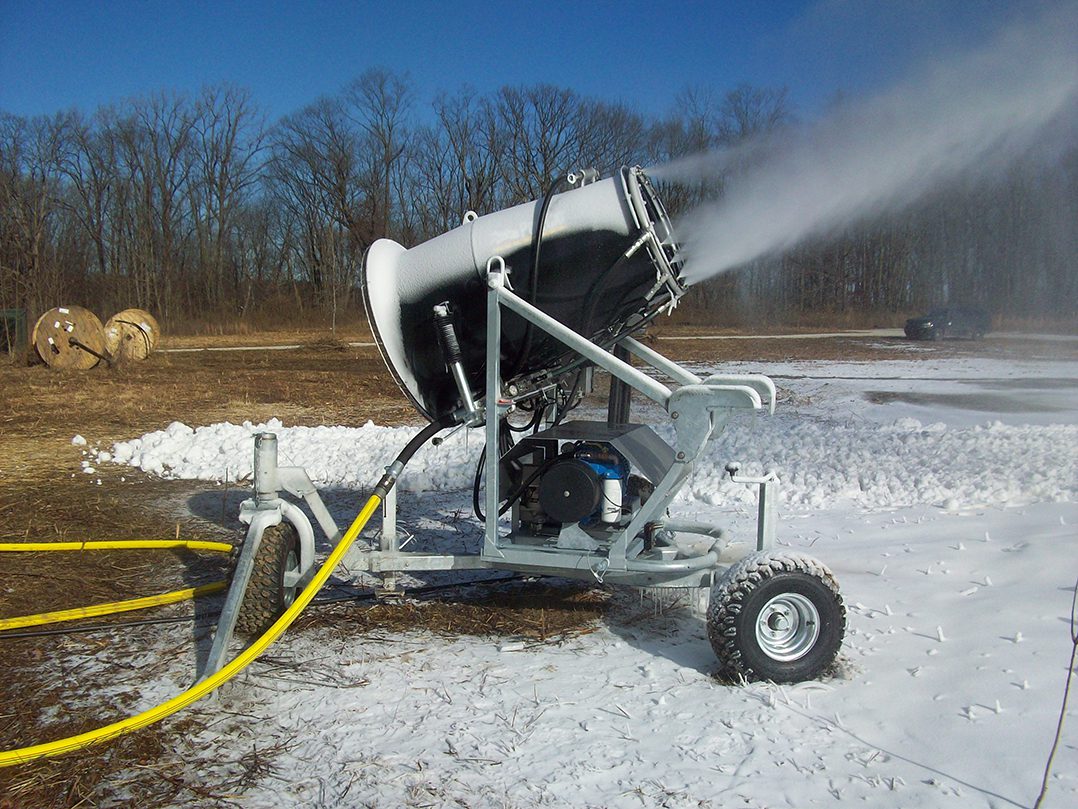 HOW SNOW IS MADE

When it comes to the science of making snow, Outdoor Excursions, Inc. Owner Brian Cooley said it’s like magic.

Water is sourced from a nearby lake because lake water is colder than well water, and 270 gallons of water per minute is pushed into four snow guns. The water is put under pressure through a ring with a strong fan that turns the water into a mist and then blows it through tiny orifices into the air, where it then turns to snow. 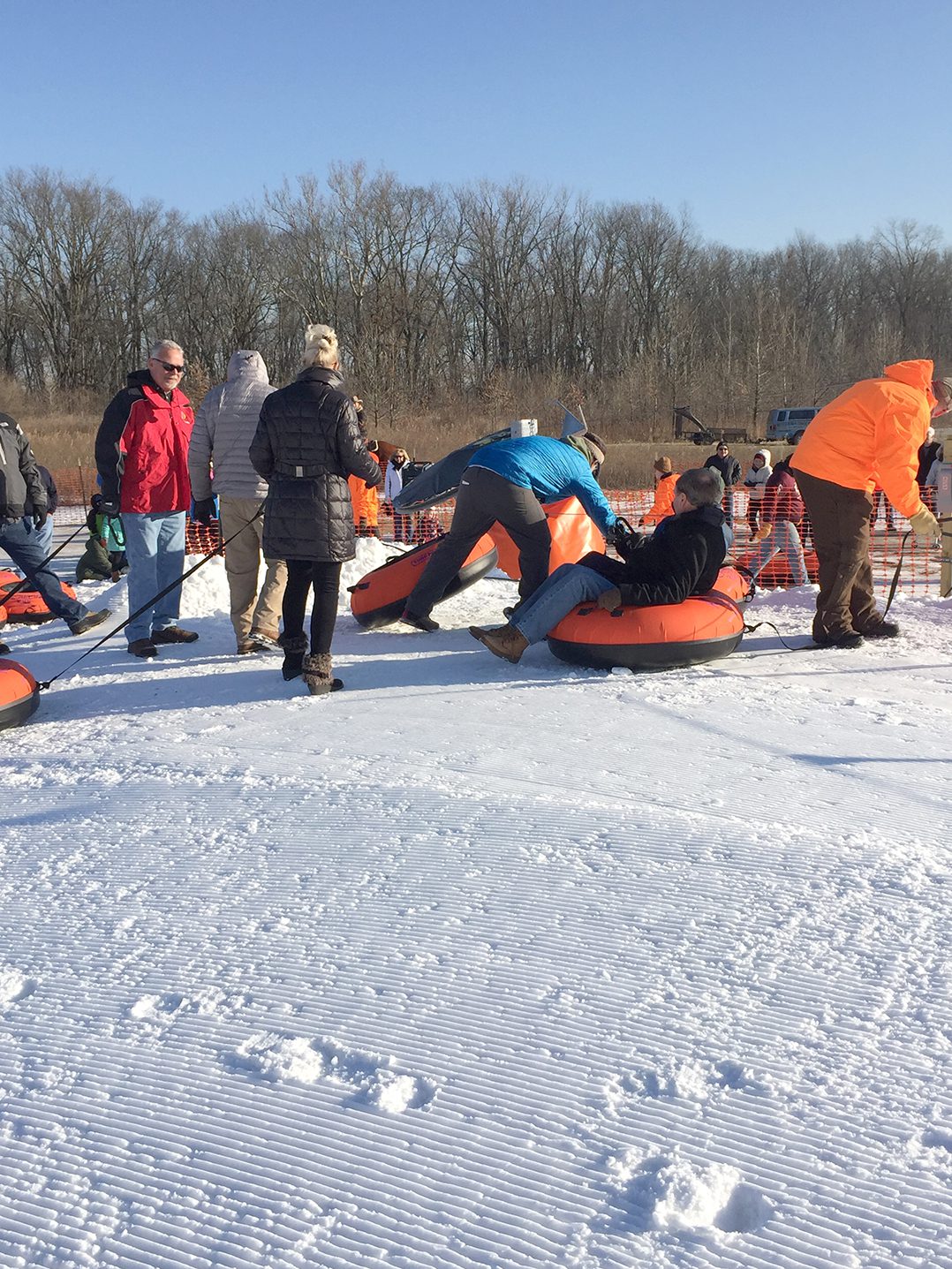 WHEN TO GO SNOW-TUBING

Koteewi Run Seasonal Slopes opened Dec. 16. The operation is expected to remain open through February, with the possibility of continuing into March if weather conditions are right. Children must be old enough to pull their own tube, ride the lift, follow instructions and get out of the way when they reach the bottom of the slope. Outdoor Excursions, Inc. owner Brian Cooley said the specific age limit is up to the discretion of the parent. Tickets can be purchased at the slopes or online.