You are at:Home»Current in Carmel»Carmel Business Local»Bar Louie blends Chicago, Carmel style at The Olivia location 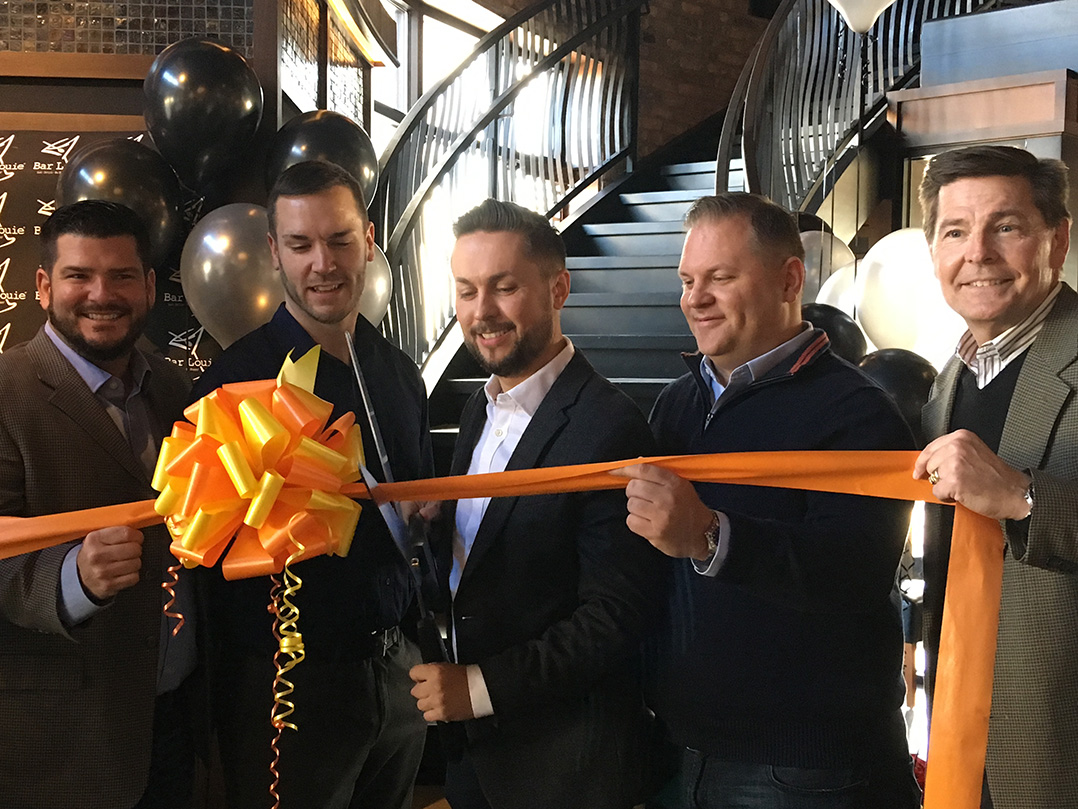 Bar Louie prides itself on being different from most chains.

Each restaurant has a different look, including the Carmel restaurant at 1111 Main. St., which had its ribbon cutting Dec. 12 to celebrate its opening. The restaurant is in The Olivia, a luxury apartment building.

“Carmel is an amazing market in general, but we had a vision to build a completely unique space,” co-owner Frank Sweeney said. “We can put in a second floor, we can bring in an industrial ceiling. It’s unique not only in Carmel but Indianapolis. The ability we had to build this with huge columns and the spiral staircase with the height of our ceilings, it completed our vision of what we wanted to do with Bar Louie. True to our Chicago roots, we brought in 14,000 bricks from Chicago demolitions. We picked it out from an old Chicago brickyard and had the bricks repurposed for the space to give it that Chicago industrial look.”

Sweeney said the front section of the restaurant, the second floor and the patio are family friendly. Sweeney said even though Bar Louie has other locations, each one has a different look.

“We call it the unchain. We try to be the neighborhood bar everywhere we go,” Sweeney said. “Every Bar Louie looks and feels completely different. This one will probably have live music three days a week.”

Sweeney said when all construction is complete there will be 2,000 apartments within 1.5 miles of the restaurant.

Sweeney, who lives in Indianapolis, has been best friends with co-owner Andy Knapick since fourth grade. The partnership group includes Andy’s brother, Mike, and Scott Muench. All four grew up in Chicago.

Sweeney is a managing partner and helps run day-to-day operations of the three restaurants. The partners opened a Bar Louie in Mishawaka in 2008 and Greenwood in 2015.

Bar Louie will be open until 2 a.m. each day and 3 a.m. on Fridays and Saturdays.

Sweeney said there is a core menu with limited-time specials.

“We have a core menu, and then every two months we introduce new food items to the menu,” Sweeney said. “A lot of the food that people fall in love with makes its way to the core menu.”

The Bar Louie, which closed in Clay Terrace several years ago, was a corporate-owned restaurant. A new corporation is now running it and the Carmel restaurant is one of the franchises.