You are at:Home»Lifestyle»Travel»Column: Les Invalides and Napoleon’s Tomb 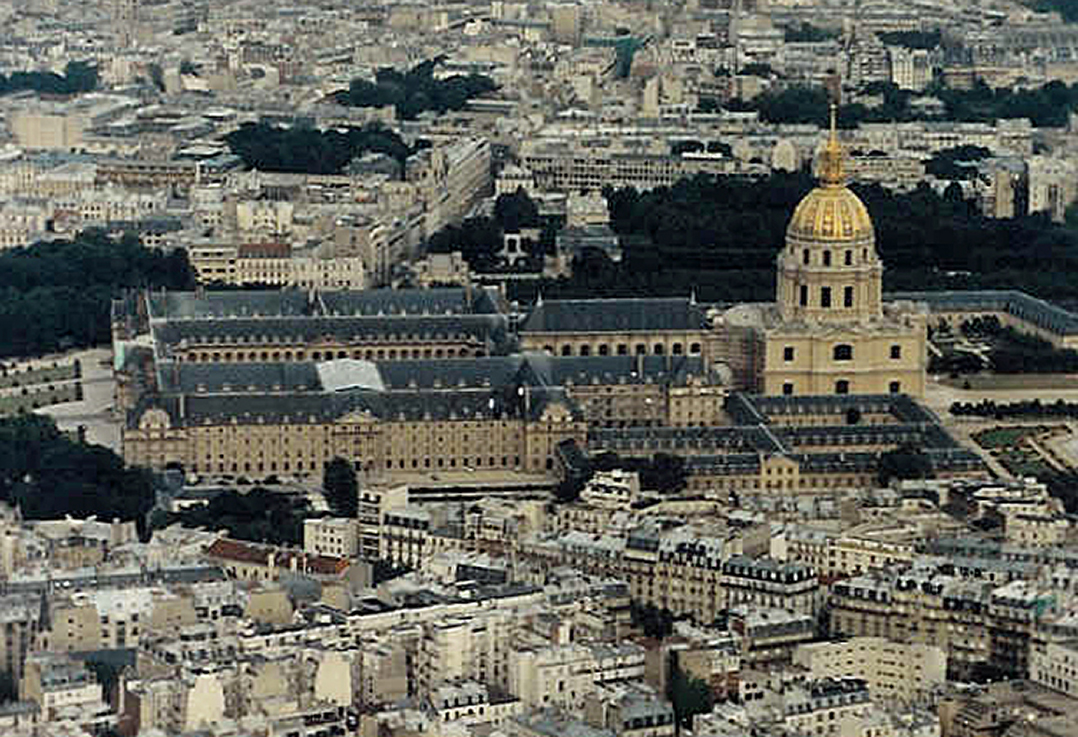 The Parisian landmark known as “Les Invalides” is best known for the tomb of one of France’s most famous generals. Its beginnings were much more humble.

In 1670, King Louis XIV ordered construction of a hospital and retirement home for French soldiers along the left bank of the Seine. The facility, originally known as “Hôtel National des Invalides” (“National Residence of the Invalids”), was built around a large courtyard suitable for military parades. When completed in 1676, more than 6,000 ailing French soldiers and veterans called it home. In 1679, a chapel was constructed on the north end of the facility. Residents were required to attend daily. King Louis soon decided that the chapel was not sufficiently elegant for him to worship with his soldiers, so he ordered construction of a new church inside the north end. The church, completed in 1708, included a dome rising 350 feet above the street,  modeled on the one on St. Peter’s Basilica in Rome. The gilded dome, visible around Paris, is the finest dome in the city. The church became known as “Église du Dôme (“Church of the Dome”).

When Napoleon Bonaparte died in 1821, he was buried in St. Helena, where he had been in exile for six years. In 1840, King Louis-Philippe returned Napoleon’s body to Paris and began excavating an area beneath the dome of the Church of the Dome for Napoleon’s tomb. In 1861, Napoleon’s body was placed in an enormous crypt constructed of red quartzite resting atop a green granite base. Les Invalides also houses the tombs of other French soldiers, including Marshall Ferdinand Foch, the supreme commander of Allied forces in World War I.  Les Invalides, which now includes museums of French military history, is open to the public. Visitors can view Napoleon’s tomb from above.