You are at:Home»Night & Day»Carmel resident’s story to become short film

Carmel resident Nina Johnson recently discovered her original award-winning short story “Frigid” will be developed into a short film by Mythraeum Productions. MP holds writing contests each year with a Greek theme. Her story focuses on the obsession Pygmalion had with creating a perfect woman. 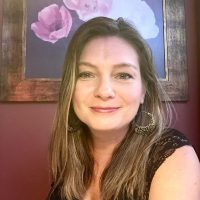 “It was about a month or so ago that I found out, but the producer wanted me to hold off on telling people,” Johnson said. “I was just so excited. I wanted to tell everyone.”

Parthian Enterprises and Loste Films will bring Johnson’s dark twist on “Pygmalion” to life on screen.

“Lost Films actually won some awards for a short horror film they did,” Johnson said. “I was really happy with the choice that was made to use them. I am thinking they’re going to have fun with my story.”

Filming begins Jan. 6 in Loveland, Colo. Johnson won’t be presebt during filming but will be involved when the film is entered into film festivals.

“The producer was very excited about the number of people that showed up to try out for the roles,” Johnson said. “They’re doing all the prep work now so filming can start and end in January. It will definitely be ready to enter film festivals in 2018.”

The film festivals are just the beginning of the potential for Johnson’s work.

“I’m really excited at the prospect of reaching an audience that is connected to the film industry,” Johnson said. “The opportunity that some production company or independent filmmaker might be interested in one of my stories is really exciting. To create a world and words on a page is great but it’s great to see it in pictures.”

Johnson said she wants to have a screening party when the film is completed. For more, visit facebook.com/knjohnsonauthor.