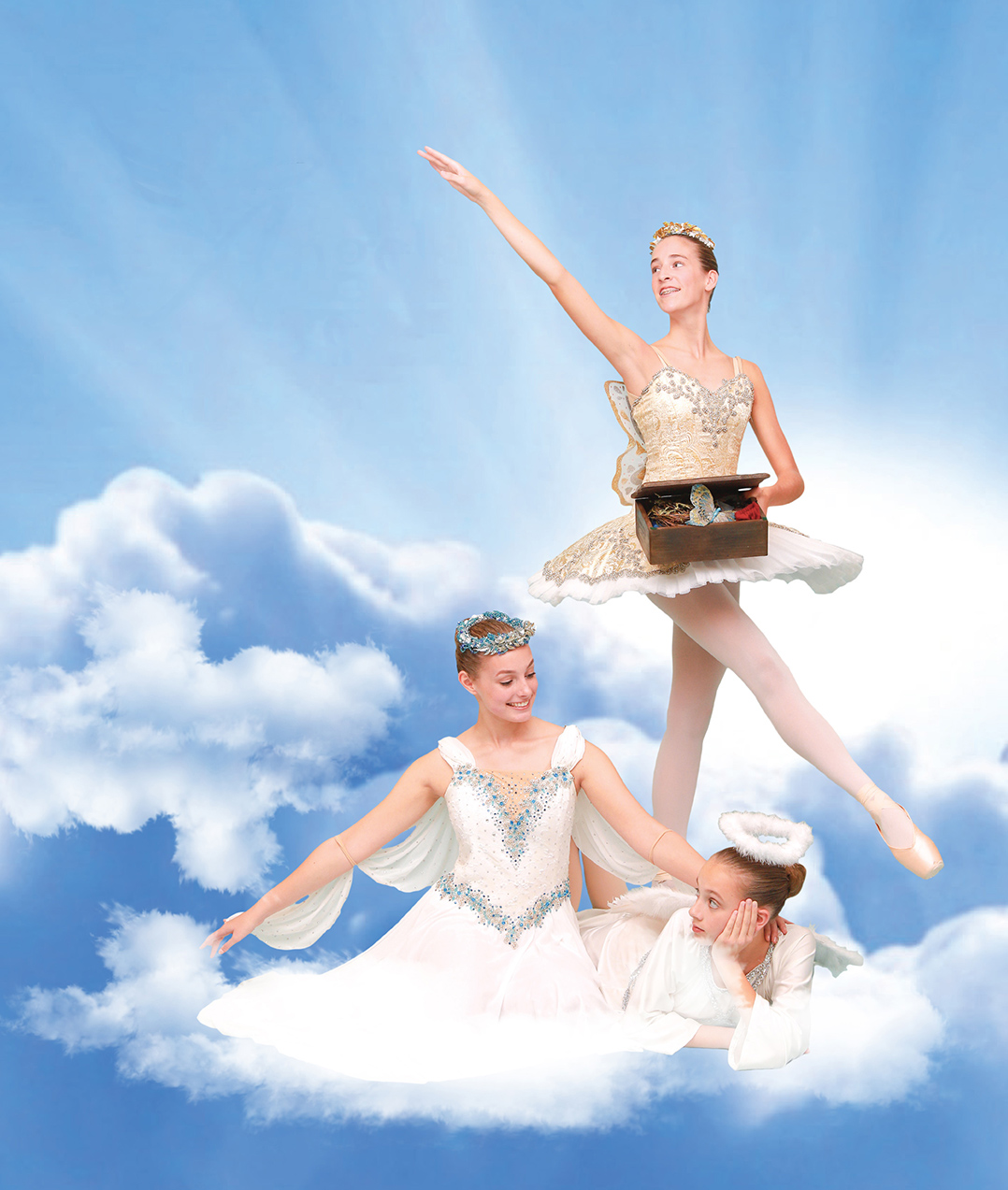 No one has to remind Rebecca Jones about the intrinsic connection between holiday dance productions and “The Nutcracker.”

“I grew up in dance and I was a professional dancer and now I’m a dance teacher, and most dance people growing up think of Christmas and ‘The Nutcracker,'” Jones said. “I’m a person who had grown up doing ‘The Nutcracker’ several times.”

Although still a fan of the classic Christmas ballet, Jones has played a central role the past five years in a dance show that has become her new holiday favorite.

A dance teacher at the Academy of Dance Arts in Fishers, Jones is the director of that studio’s Dec. 16 production of “Littlest Angel” at Howard L. Schrott Center on the Butler University campus in Indianapolis. Shows times are at 2 and 7:30 p.m.

Featuring a mix of ballet and modern dance, the performance has 31 ensemble dancers between the ages of 10 and high school teens, along with 41 supplemental dancers ranging from 5 to 10 years old. The two-hour production includes dancers from throughout Hamilton County and the Indianapolis-Geist area.

Based on the classic children’s book “The Littlest Angel,” the ADA’s “Littlest Angel” tells the story of a homesick boy’s adjustment to being an angel in Heaven and the gift he presents to the Christ child upon his birth. The show has been presented annually by ADA since 2013. A production was long proposed by the ADA’s original owner, Sue Van Voorhis, but it didn’t come together until Jones came on board to direct.

“‘Littlest Angel’ is her baby,” said Laurie Brady, a Noblesville resident who now owns the studio. “My mother, Sue Van Voorhis, was the original owner of Academy of Dance Arts over 20 years ago. It was her idea many years ago to create a ballet to her favorite children’s book. Rebecca brought that vision to the stage.”

Jones embraced the challenge from the beginning.

“(Voorhis) read that story to her kids and had always wanted to do a ballet about it but never did,” Jones said. “And so we said, ‘Let’s do it. Let’s find a way to do it.’ So we did one year of just trying to get the first act done, compilate music and come up with choreography and figure out how this story could be played out through dance, and then the following year we did the second act so that we could do the full production. We’ve been doing it every year since.”

With apologies to “The Nutcracker,” Jones regards “Littlest Angel” as the new holiday performance dance tradition. At least for the ADA.

“(‘The Nutrcacker’) is not really about Christmas. It just kind of takes place at Christmas,” Jones said. “And so I love the fact that this is a story that really relates to the fact of Christmas. What could the angels possibly be doing preparing for Christmas? It ends with the big Star of Bethlehem and the Nativity in the background and the angels prepared. That, to me, is more pointing people toward Christmas, and so I appreciate that part.”

For more about ADA, visit adadancers.com. For tickets, visit butlerartscenter.org/event/littlest-angel. Prices are $15, $20 and $25.