You are at:Home»Night & Day»Oak Ridge Boys bring Christmas show to The Palladium 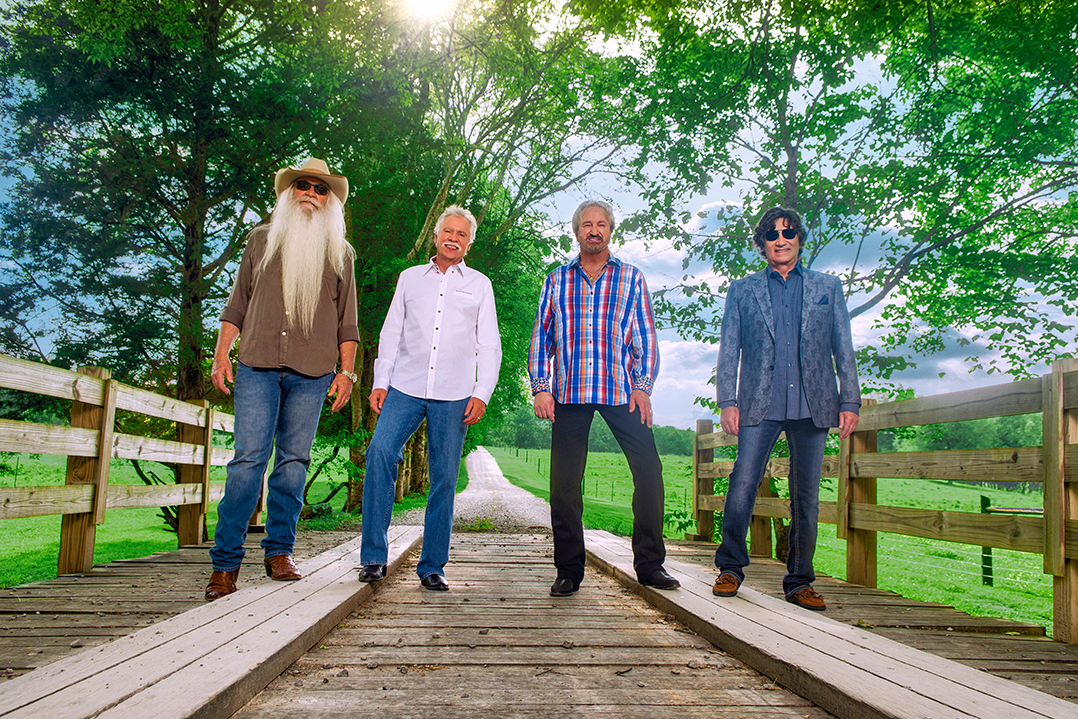 Don’t worry, Richard Sterban assures, this might be a Christmas show, but the Oak Ridge Boys will definitely be singing their biggest hit.

“I get asked that all the time, ‘Even though it’s a Christmas show, are we still going to hear ‘Elvira?’ The answer is, ‘Yes, you will,’” Sterban said. “That’s the law. The Oak Ridge Boys must do ‘Elvira.’”

The Oak Ridge Boys’ holiday tour will stop at The Palladium in Carmel at 7:30 p.m. Dec. 7.

“Believe it or not, this is going to be our 29th annual Christmas tour, and we have been rehearsing Christmas music since sometime in September,” said Sterban, the group’s bass singer. “Our Christmas shows have become a big, big part of our year. We’ve become known for our Christmas music and have seven Christmas albums.”

The latest one, “The Oak Ridge Boys Celebrate Christmas,” is available at Cracker Barrel restaurants.

Sterban said the Christmas show is a bargain.

“It’s really two shows for the price of one,” Sterban said. “For about 45 minutes, we do our regular music, mostly our hits, that we do during our regular concerts. We then take an intermission and do a complete Christmas show.”

Sterban said the songs cover all sides of Christmas, secular, fun and romantic. Santa Claus makes an appearance and goes out in the audience. That is followed by what Sterban calls the rocking chair segment.

“The four Oak Ridge Boys sit in Cracker Barrel rocking chairs and sit in front of a fireplace. Each guy takes a turn talking about childhood Christmas memories,” Sterban said. “We talk about what it means to us individually and what Christmas music has meant to our career. It’s a great time for our fans to get to know the Oak Ridge Boys. It’s a highlight of the show. After that, we segue into a section with a song that talks about the true meaning of Christmas, the birth of Jesus. That’s very important to us and our fans. It’s a great way for families to spend time together around the holiday season.”

Sterban said the Christmas show is the same each night. During their regular concert, they might vary their set list each performance.

“There are several reasons for our longevity, but the No. 1 reason is we love doing what we do,” Sterban said. “We do not plan to retire any time soon.”

This lineup has been together since 1973.

“It’s a combination of songs Nat King Cole recorded and made popular in his lifetime,” Lewis said. “His album, especially the one with the ‘Christmas Song,’ is on the charts every year. Then there are favorites of John and favorites of mine. We just end up having a lot of fun with those songs because Christmas music is heartwarming and it’s that time of the year.”

Pianist Lewis is joined by his trio and Pizzarelli on guitar and vocals.

Lewis is looking forward to returning to The Palladium.

“It’s a wonderful place to play,” Lewis said. “The people are warm and inviting. There might even be a sing-along, if they are good.”