You are at:Home»Current in Carmel»Carmel Cover Stories»Shelter from the storm: Carmel family provides refuge, relief after Hurricane Maria 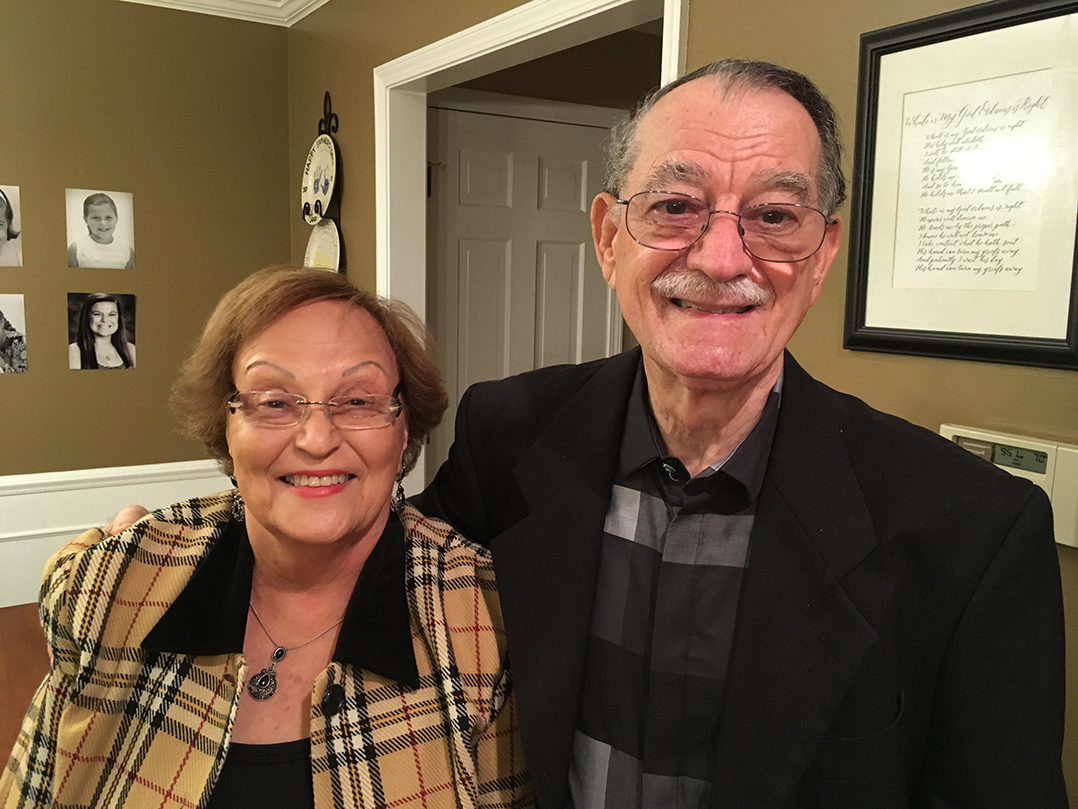 Lydia and Carlos López from Puerto Rico are temporarily living with their son in Carmel as the island recovers from Hurrican Maria. (Submitted photo)

Pepe López welcomed his parents and niece into his home Oct. 6. They were joined by his sister and brother-in-law one month later. Only two weeks after weathering Hurricane Irma, the visitors witnessed the blistering winds, flooding and power outages caused by Maria, the strongest hurricane to blow through the island in more than 80 years.

“Usually with hurricanes, people get ready very well,” Pepe said. “It’s the aftermath that is difficult. I don’t think that people expected the destruction was going to be as severe, so after five or six days, then it started getting really bad.” 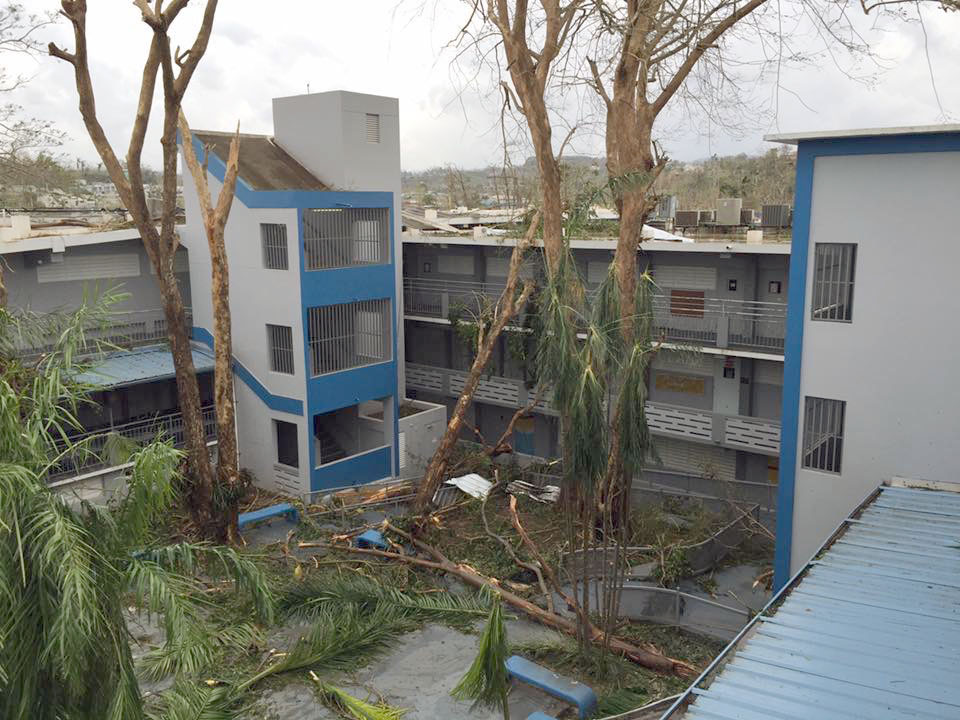 Pepe’s parents, Carlos and Lydia, have lived through many hurricanes in their 85 years on the island, but nothing like Maria.

“It was a catastrophic situation,” Carlos said. “You can imagine almost everything was destroyed. No electricity. No water. No communication. We were isolated.”

Carlos and Lydia had some resources left over after Irma tore through the Atlantic Ocean in early September, but when Maria hit they still found themselves scrambling to find canned goods, gasoline for generators, cash, medications and window shields. Their granddaughter, Isabel Hernandez, said it was chaos.

During the hurricane, Lydia said the noise was so intense that she turned the volume up on her radio to drown out the noise and began to pray. Trees blocked the street so they couldn’t leave their neighborhood. Gasoline sold out, and those that needed it were put on a waiting list.

“I can see my Puerto Rico never as I know it,” Lydia said. “Never.”

For the first few days, the landline worked, so Pepe was able to communicate with his family. When it failed, he began contacting his sister, Lydia Hernandez, through her landline to coordinate their trip to the U.S. 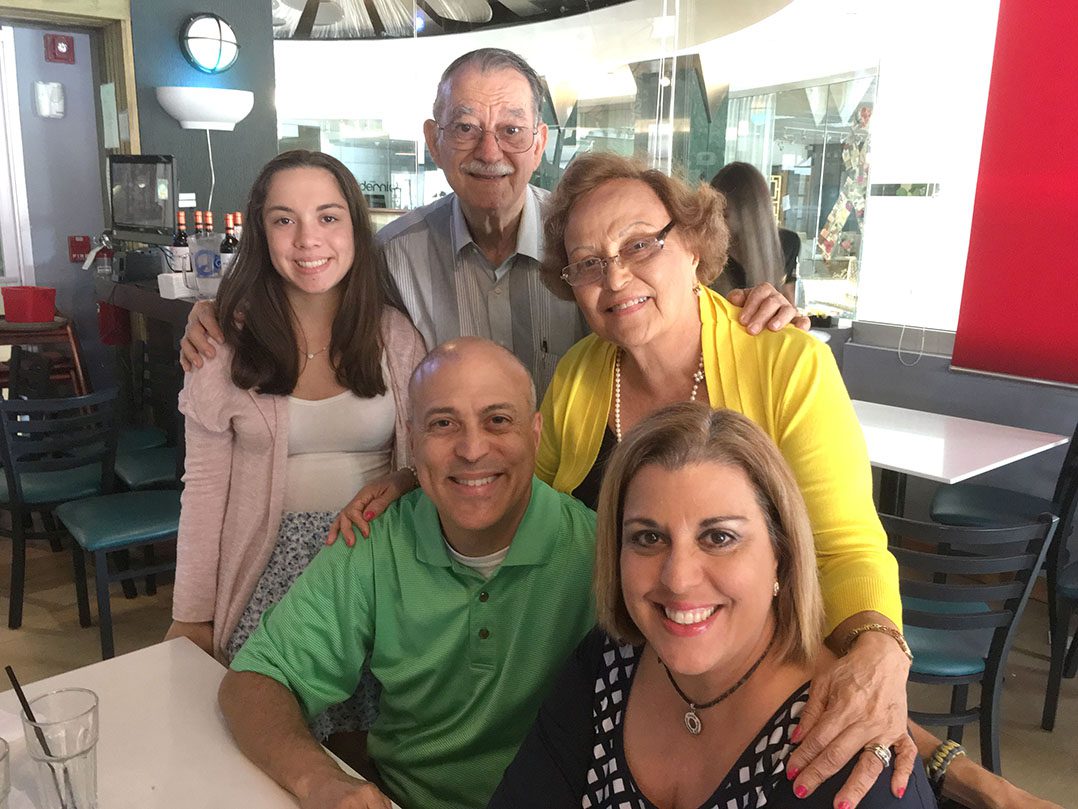 Pepe’s brother-in-law works for the Federal Aviation Administration, which made arrangements for family members of employees to be transported off the island. Carlos, Lydia and Isabel stayed in Miami for three days with a family friend before traveling the rest of the way.

Pepe’s family said it has been difficult to adapt to the Indiana climate and they desperately miss home, but they are thankful for the outpouring of kindness they’ve experienced during their time in Carmel. Isabel is attending Carmel High School but plans to return home when the semester ends. Her parents joined her in Carmel in early November.

Carlos and Lydia are hoping to return to their island by Thanksgiving, but for now, their hearts and prayers remain with those at home.

“I’m sure that Puerto Rico is going to rebuild soon, because we are strong,” Lydia said. “Very strong.” 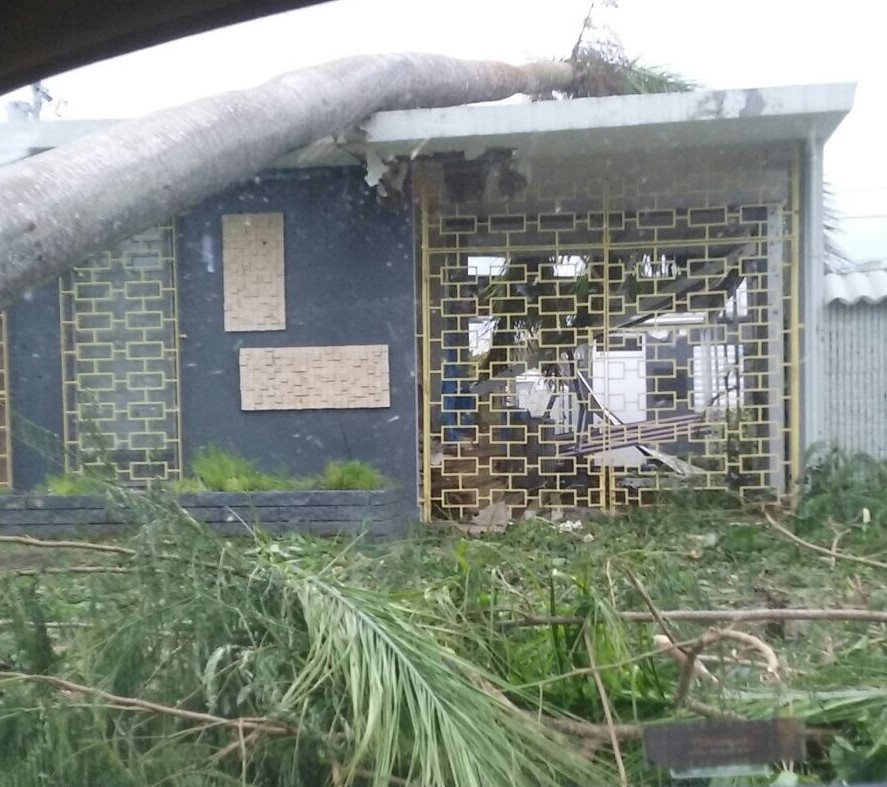 A house in Carlos and Lydia’s neighborhood in San Juan. (Submitted photo)

Pepe created a GoFundMe account to contribute to the recovery efforts and has collected more than $7,000. He is working with his sister in Puerto Rico to purchase electric generators, gasoline, medicine, food, batteries and more.

“The big organizations will not really be there to really help in the day-to-day needs that they have, so I said, ‘Well my parents are there, and my sister is there, they know people they live  with that would have a need,’” he said. “That’s why we started the GoFundMe, so that they could see where the greatest needs have been.”

Donations are converted into cash as well as Kmart gift cards, which Pepe said is the most convenient option for shopping in Puerto Rico. To donate, visit gf.me/u/c5n5y5.