You are at:Home»Lifestyle»Travel»Column: Prague Castle and diversity 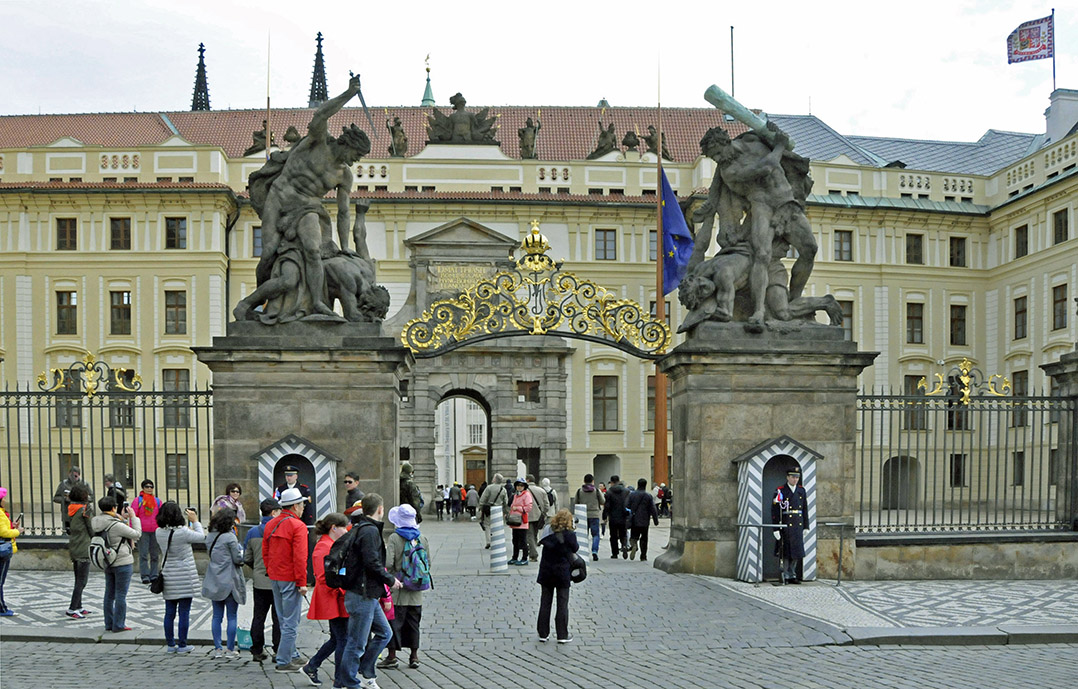 The “Guinness Book of World Records identifies” Prague Castle as the world’s largest castle. If a collection of buildings can be considered a castle, Prague Castle also deserves the record for the greatest architectural diversity within a castle.

In the ninth century A.D., Duke Bořivoj I, the first Christian ruler of Bohemia, fortified an 18-acre site atop a hill overlooking the Vltava River. A wall and a moat protected the palace and a few wooden residences, and Bořivoj soon erected a stone church dedicated to the Virgin Mary. In 920, Duke Vratislaus I built the Romanesque Basilica of St. George, which became a convent. Over time, Bohemian rulers added buildings and improved the fortifications. In the 14th century, the site became the seat of Charles IV, the Holy Roman Emperor, who made the Prague Castle his residence and began construction of St. Vitus Cathedral, modeled on the great Gothic cathedrals of Western Europe. When the Habsburgs took up the Czech throne in 1536, they moved the seat of power to Vienna and used Prague Castle as their summer residence. After a major fire in 1541, they rebuilt sections of the castle in the Renaissance style and returned the imperial office to Prague. In the 18th century, Empress Maria Theresa added neoclassical buildings to the mix.

Today, Prague Castle is the official residence of the president of the Czech Republic. The Republic’s crown jewels, among the most valuable in Europe, are maintained in St. Vitus Cathedral, one of four churches currently extant within the Castle. Most of the castle is open to the public, which enters through a Baroque gate flanked by 18th century statues of fighting giants. The gate is over what was originally a moat, with the castle now protected by guards wearing uniforms created by the Czech-born costume designer for “Amadeus.”